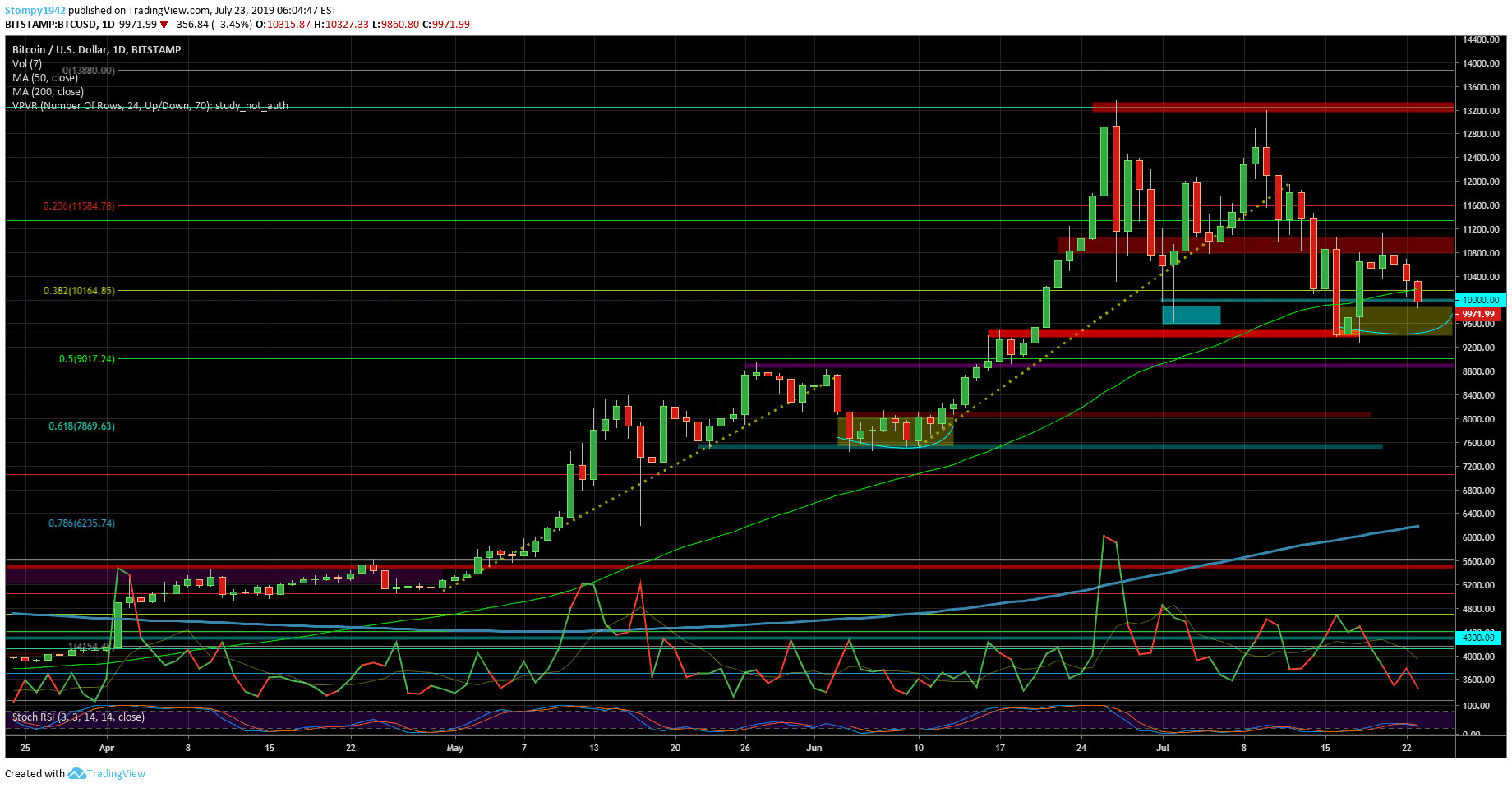 The pater we saw when Bitcoin jumped from $5,000 to $9,000 is currently repeated with greate volatility and a more significant correction. The support at $10,000 is fragile and it’s being tested in the past week. If this line of support breaks, the next one will be at $9,400. The resistance is currently at $11,000.

Against the USD, we’ve tested the support at around $200. The resistance in this range is at $230. Technically, the resistance before the last wave of gains was at $180 and as long as the support holds above it, this means that the trend is still here. 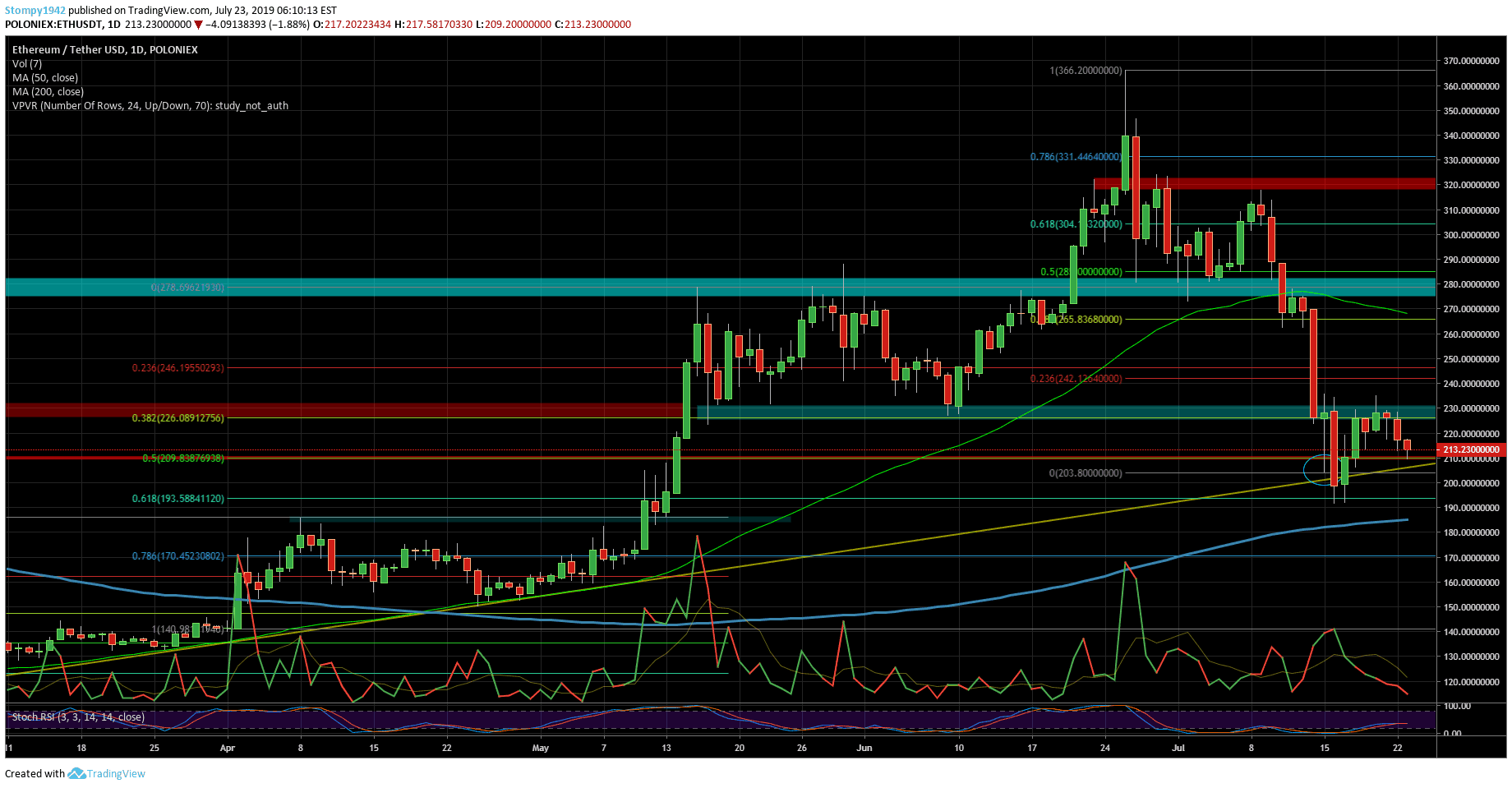 Against Bitcoin, ETH stabilized around the support at 0.02BTC which is a critical area. The resistance in this range is at 0.024BTC. Despite the steady week, there are still concerns that the declines will continue. 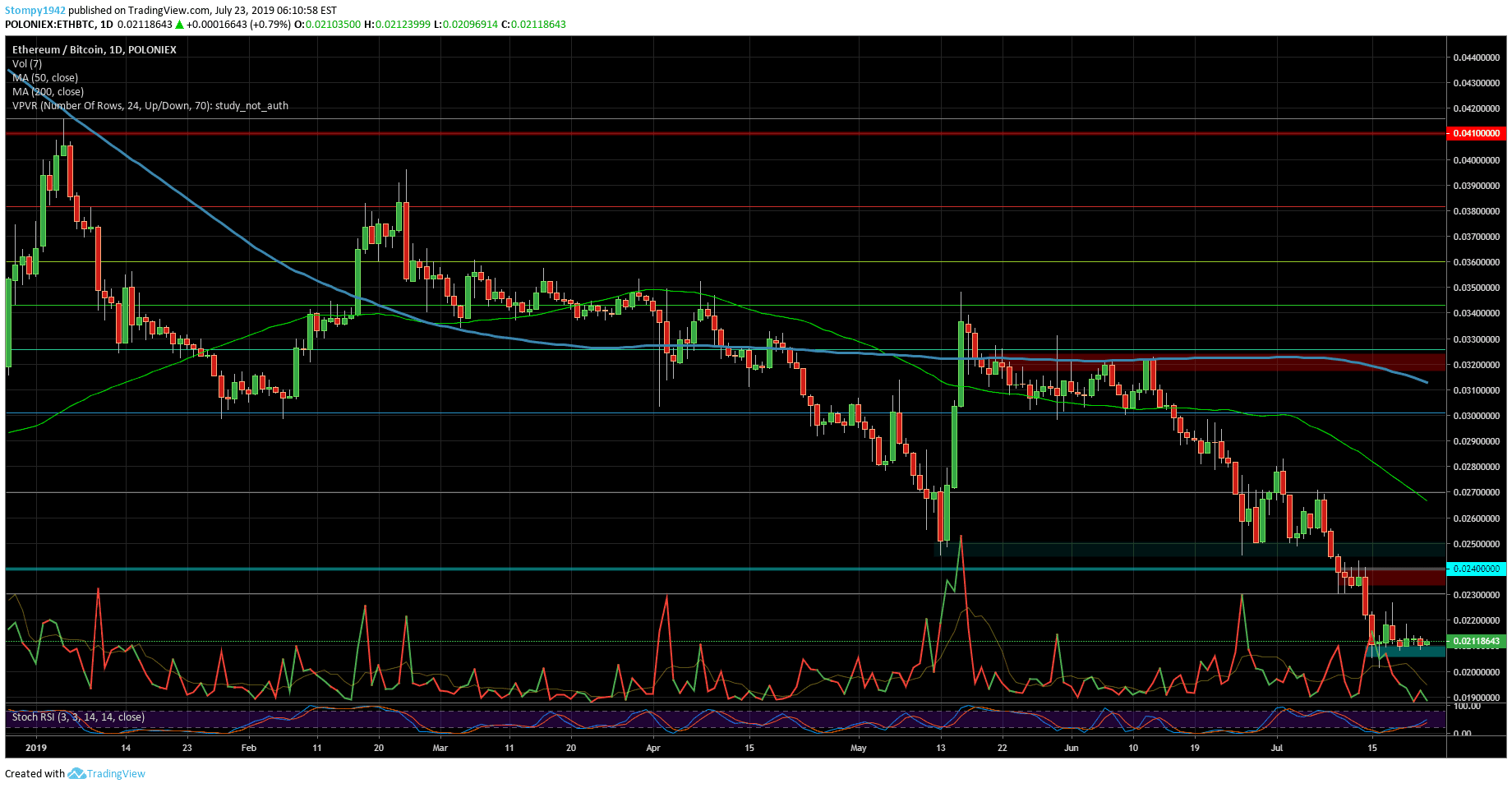 Against the USD, XRP suffered in 2018 as most of the market did. However, 2019 seems to be relatively stable with a bottom at 29 cents which is also the support. Resistance in this range is at 34 cents. If we ignore the attempts to breach $0.50 and the sharp correction that followed, technically speaking, the action is considered stable. 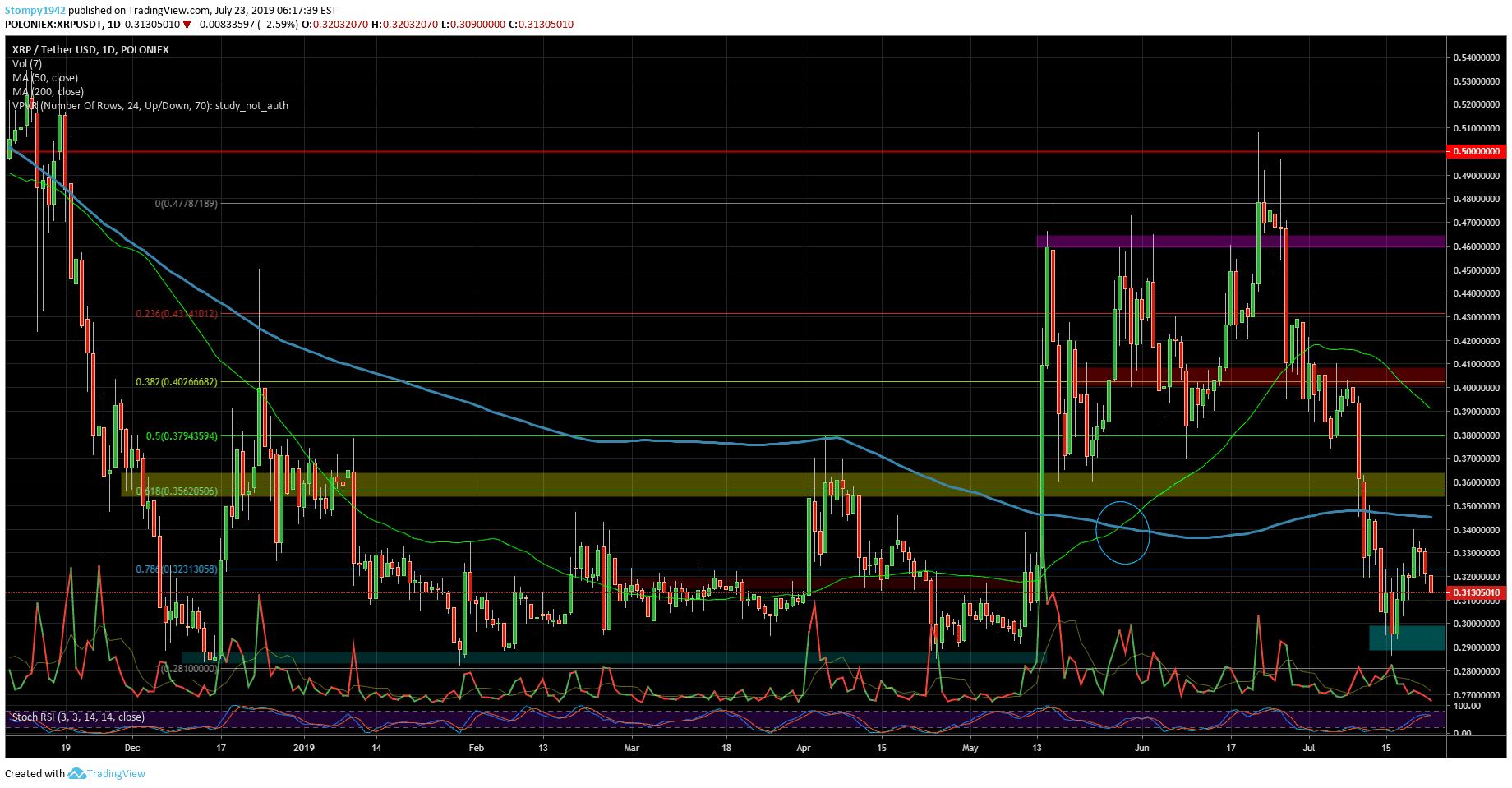 Against BTC, the support in this range is at around 2900SAT while the resistance is at 330SAT. It’s not clear whether the downtrend has reached its bottom, but with the correction in Bitcoin, the price appears to be stabilizing for now. 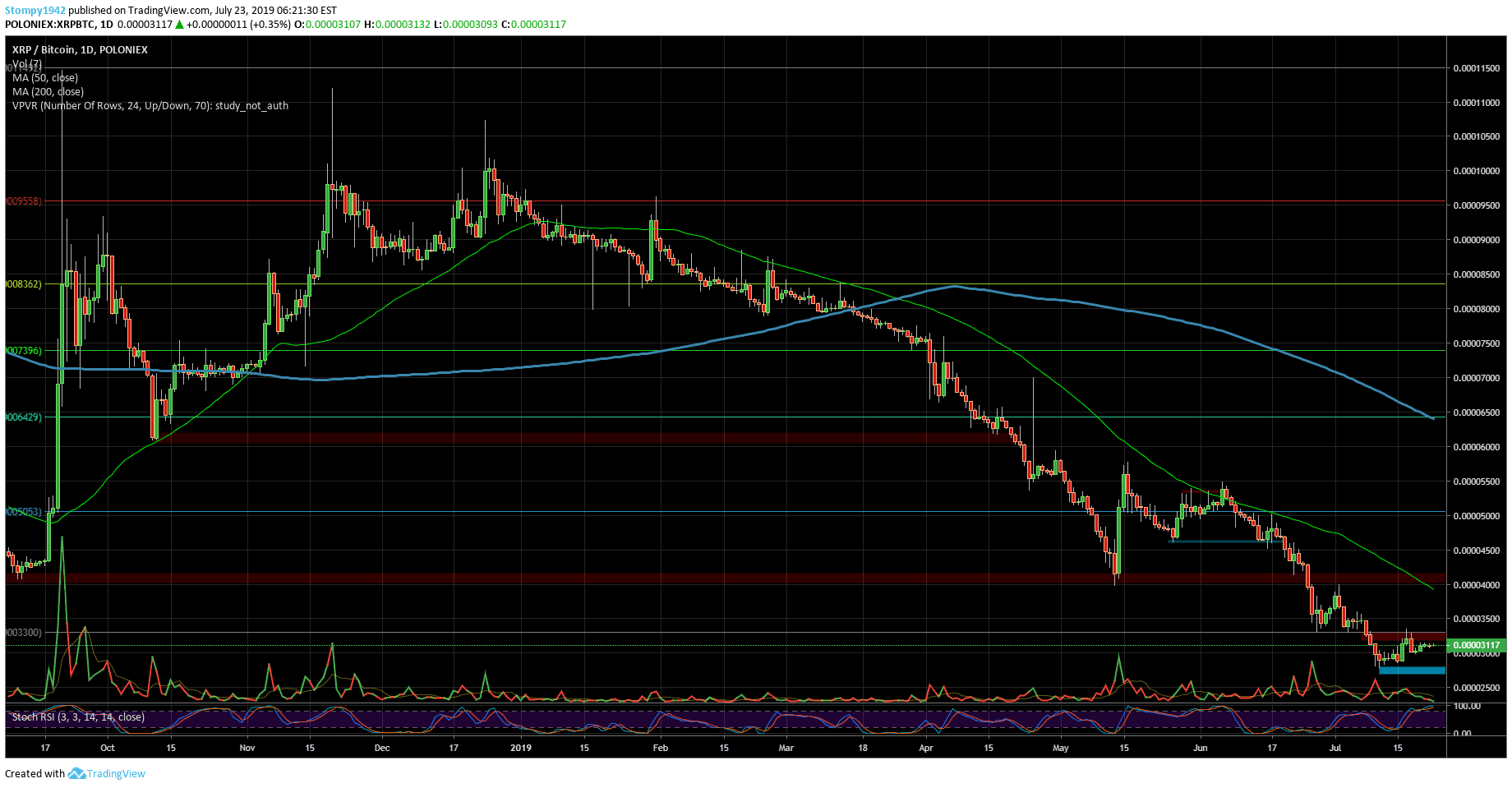 Against the USD, we saw a correction of the trend and the price pulled back to the support at $28 range. Resistance in this range is around the 50MA at $32. 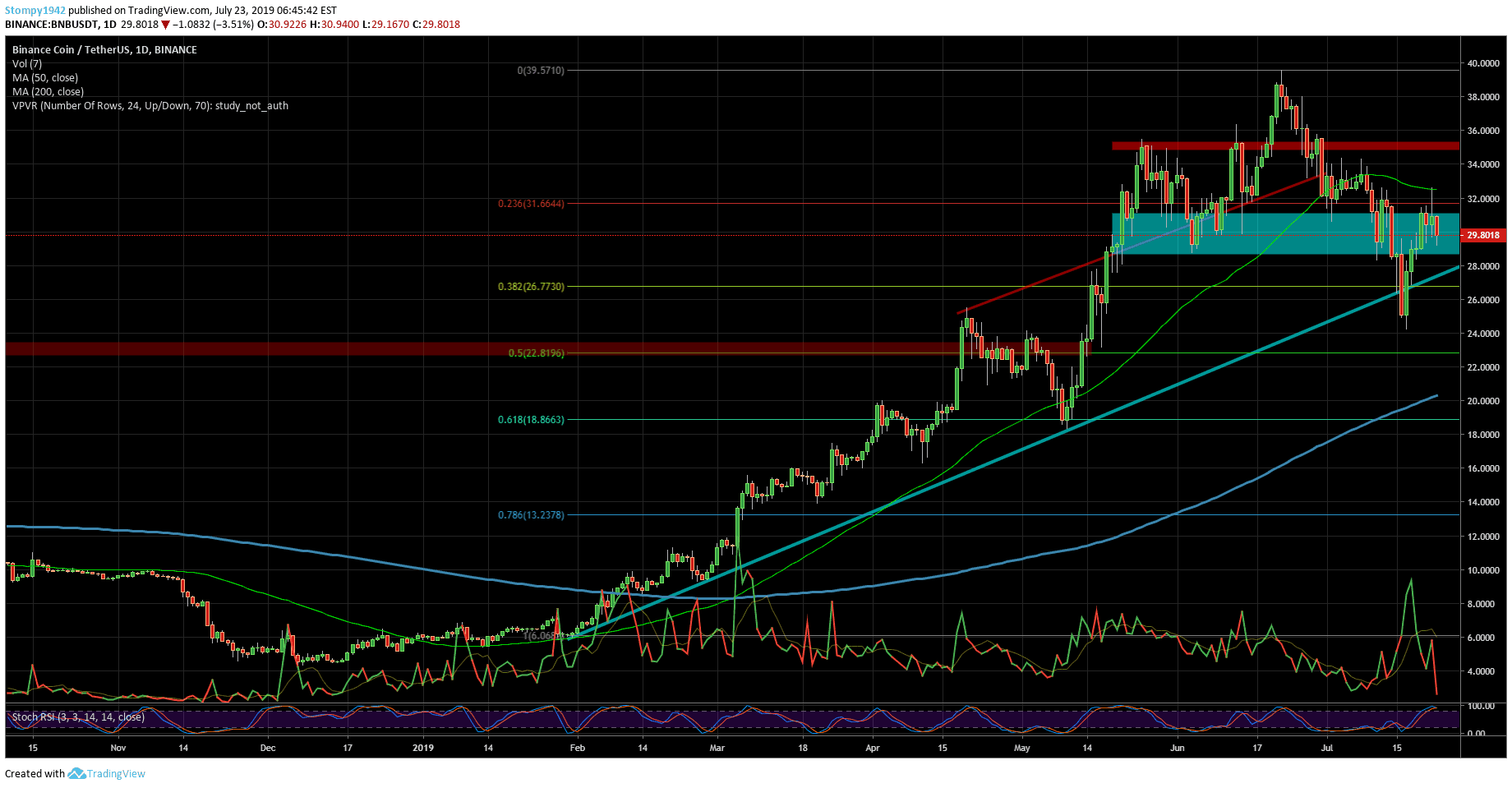 A correction of up to 0.0024BTC is pending against BTC. Traders don’t seem to be pressured and the funds which are raised on Binance Launchpad continue to flow as usual. Resistance in this range is at 0.003BTC. If it breaks, the next resistance is at 0.0032BTC. 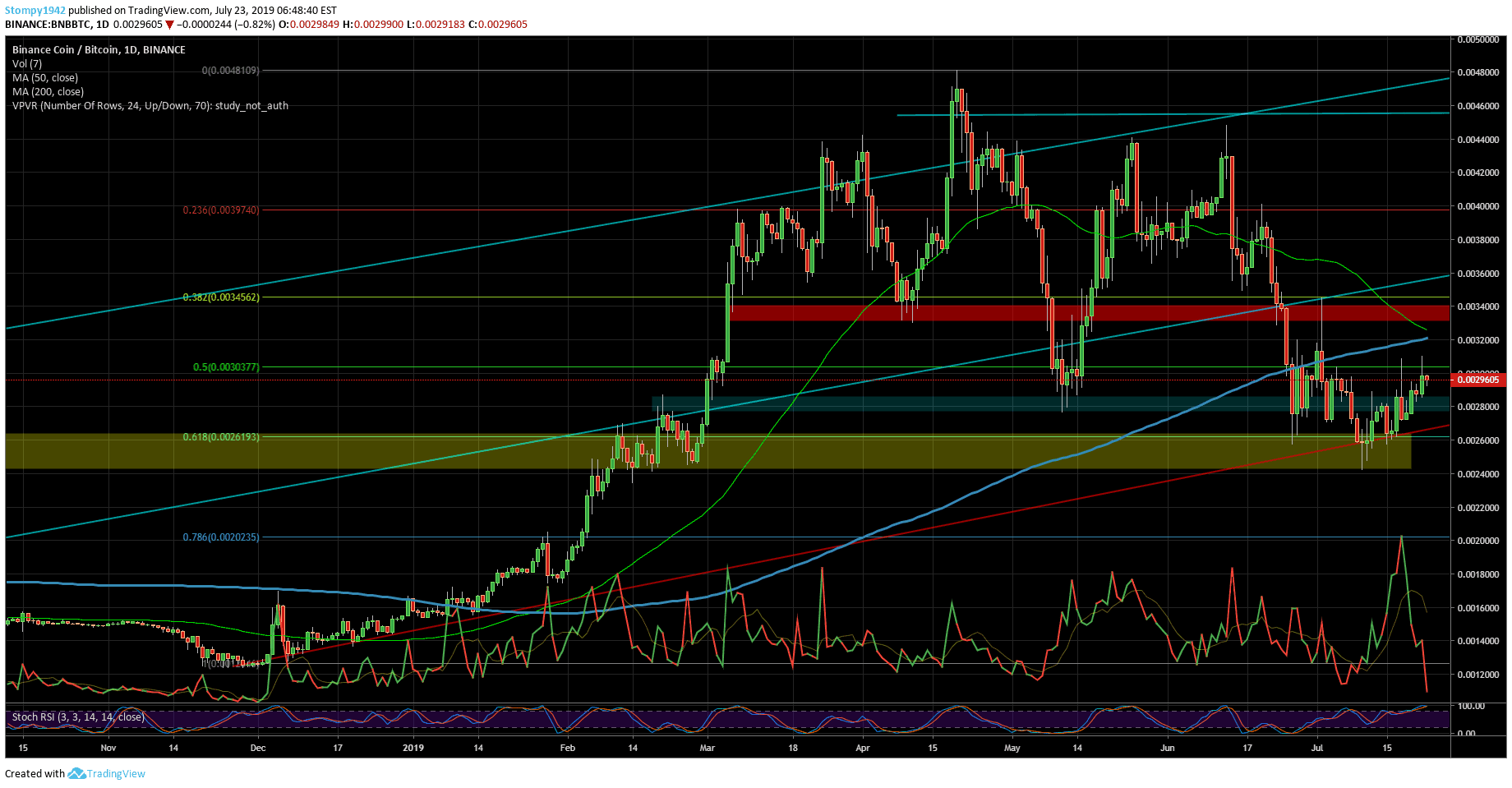 Against the dollar, we saw a successful year so far which went through a notable increase, a correction, and a comeback. The price went to $6, fell back to $0.90 and then surged again to resistance levels at $5. The support is now at $4.40. It’s also important to consider that a sharp correction is still in play. 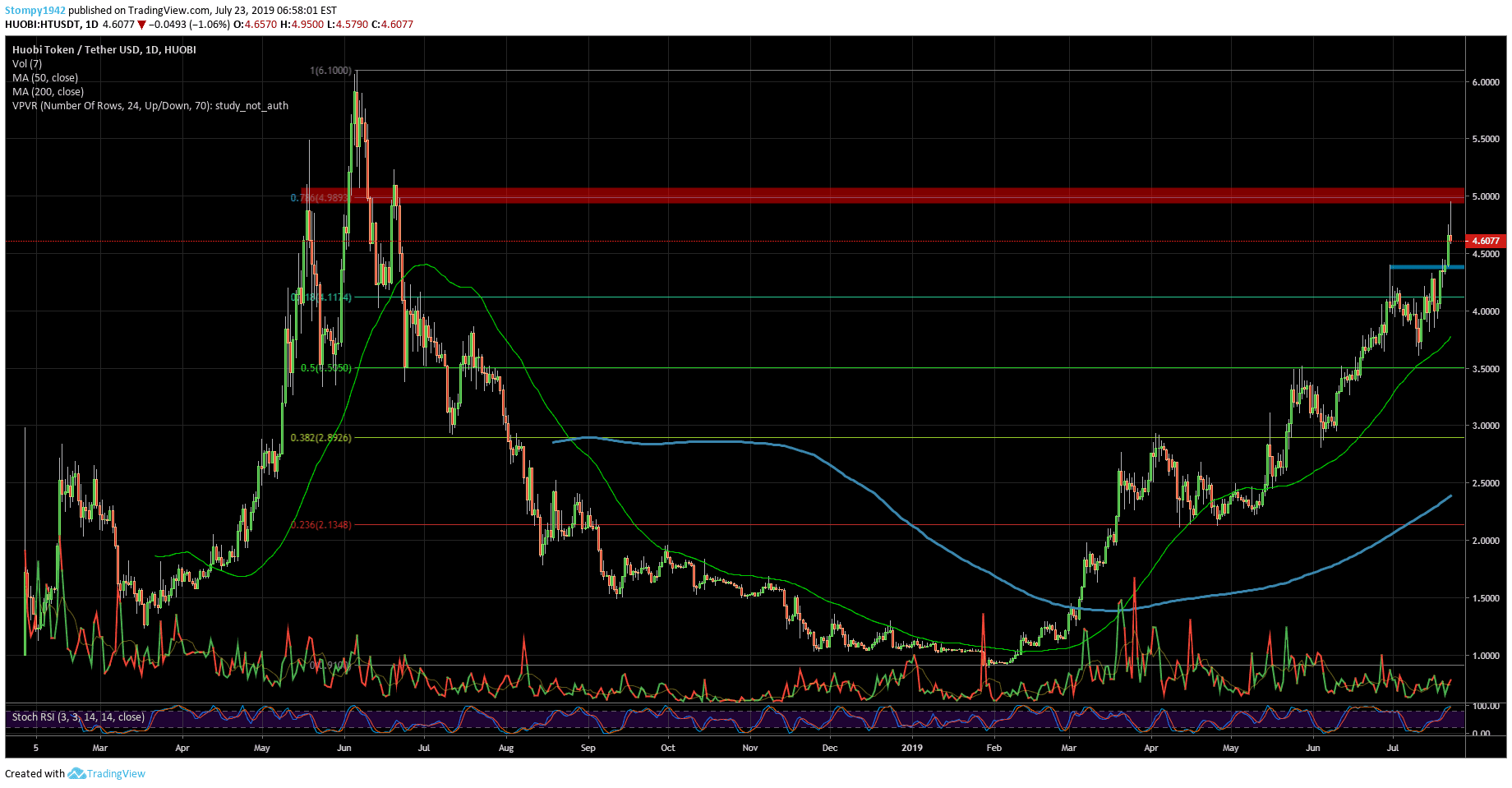 Against BTC we saw a double trend which completed correction and another breakout attempt after the resistance broke out at $0.0004BTC and became support. The next resistance is at $0.00047BTC. 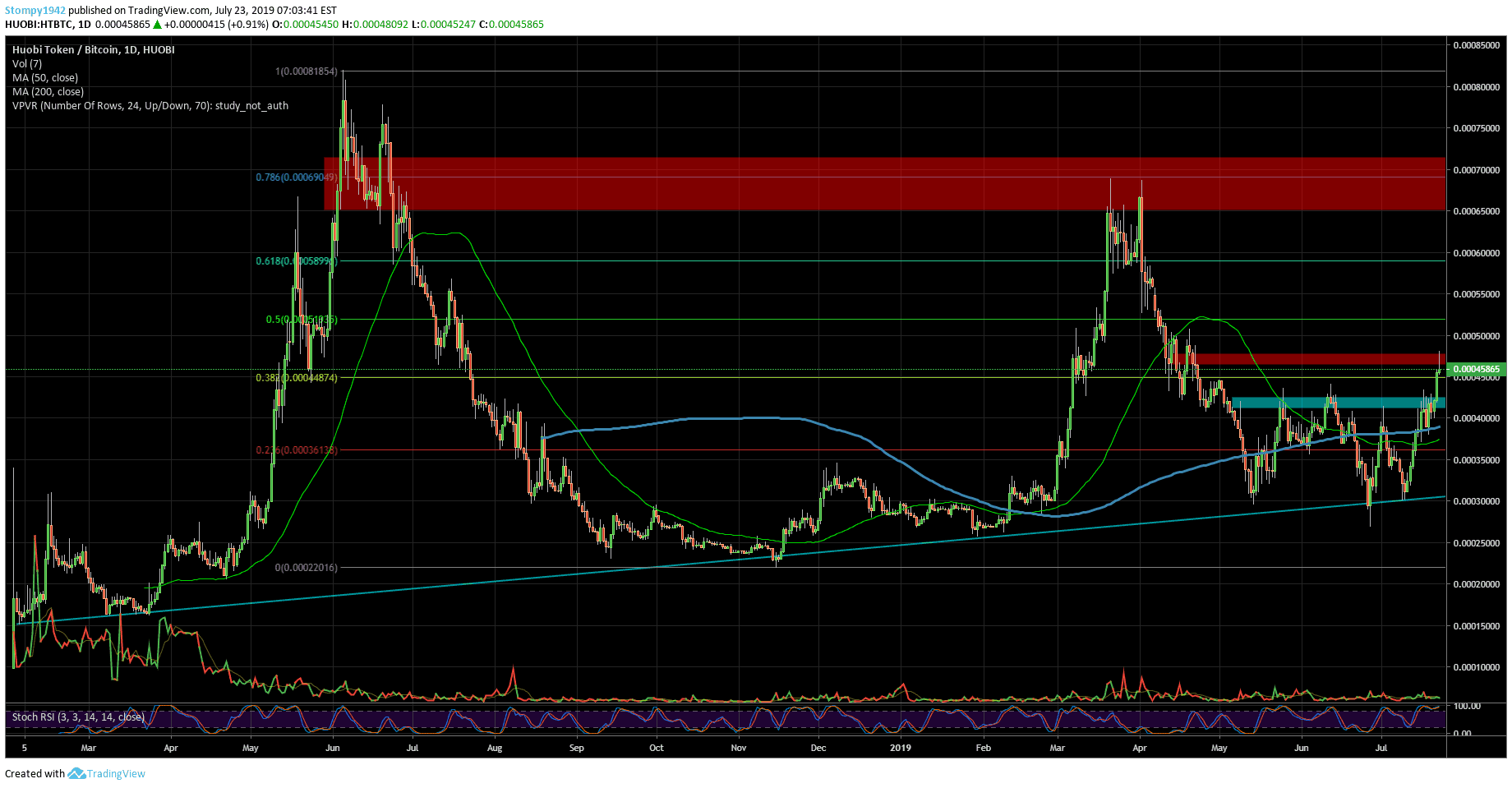 Coinbase Explains The Reason For The Outage When Bitcoin Surpassed $10,000 Last Week

The most widely used US-based cryptocurrency exchange Coinbase went down during Bitcoin’s latest surge above the $10,000 mark. After a…

[Featured Content] In the last month, much of the world has gone into lockdown in response to the global coronavirus…