The correction continues and resistance in this range is at $10,000 while support is at $9,100. If the next support breaks at around $8,800 we’ll be at the area from which Bitcoin climbed up in the last run. It’s important to consider that the correction changed the bullish momentum we had in 2019 and turned into a bearish situation. 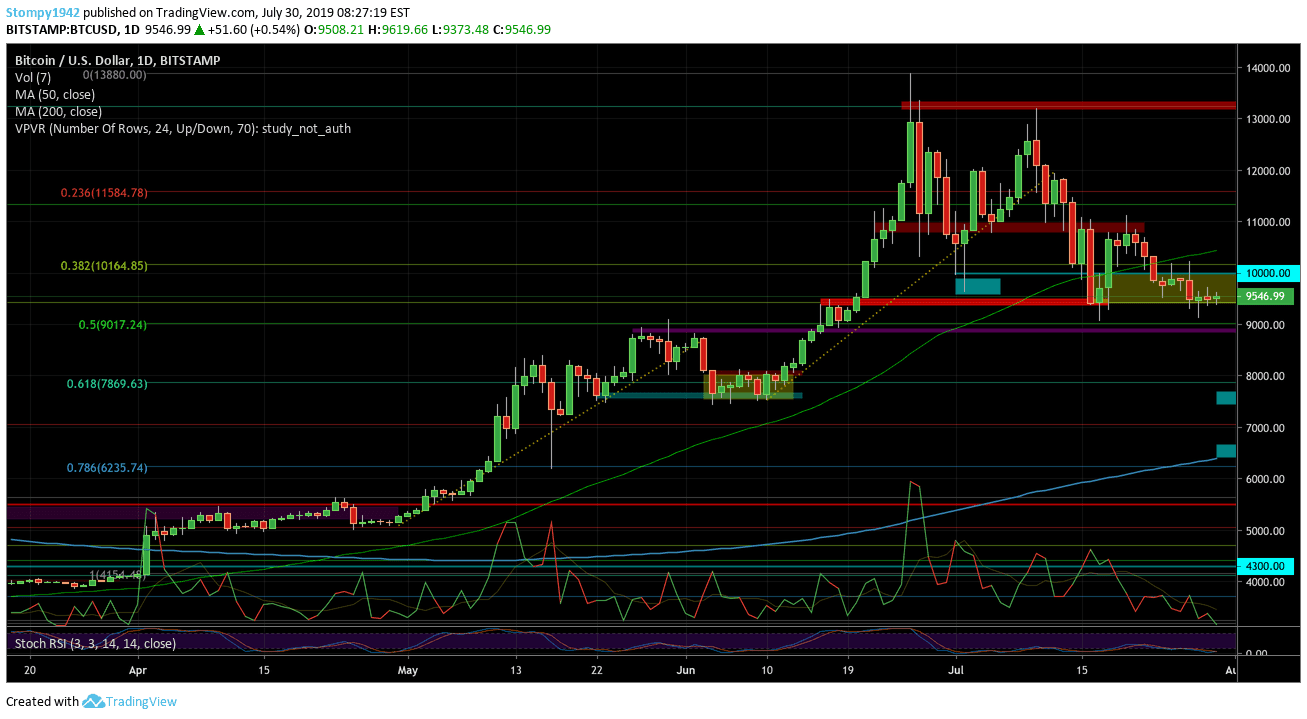 Against the rising dollar, ETH performs gently but remains fragile. The support in this range is at $200 while the resistance is at $230. As far as the Fibonacci index is concerned, 0.618 is usually the range for repairs in the cryptocurrency market, but it doesn’t promise anything. 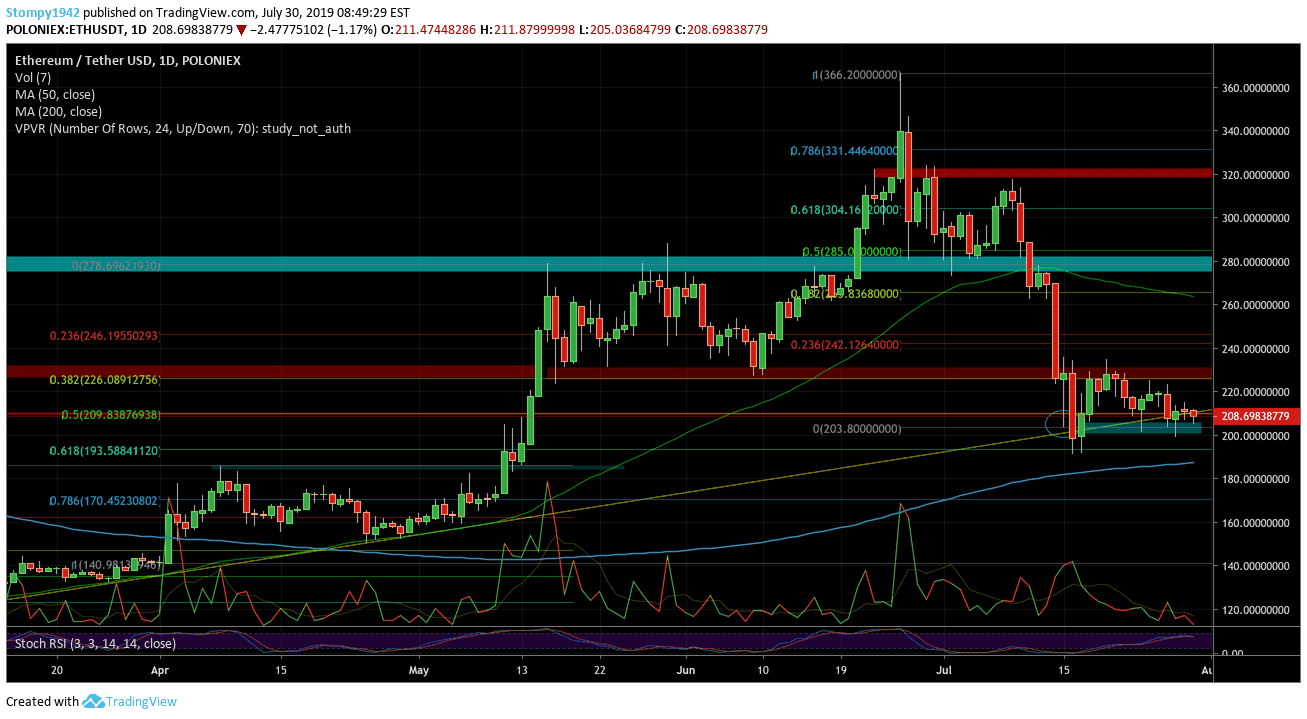 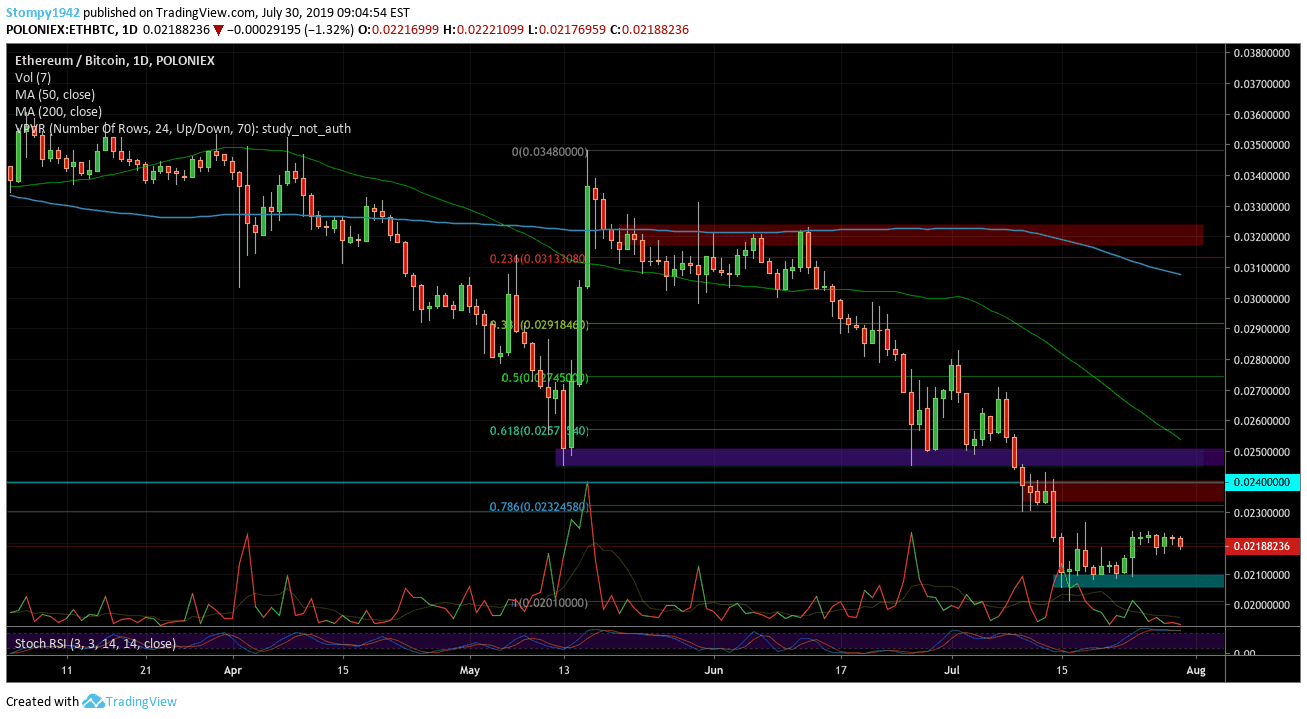 Against the USD we are getting another approval for the bottom at around 29 cents which was tested a few times in 2019. The support in this range is at 30 cents while the resistance is at 34 cents where we can also see the 200MA. 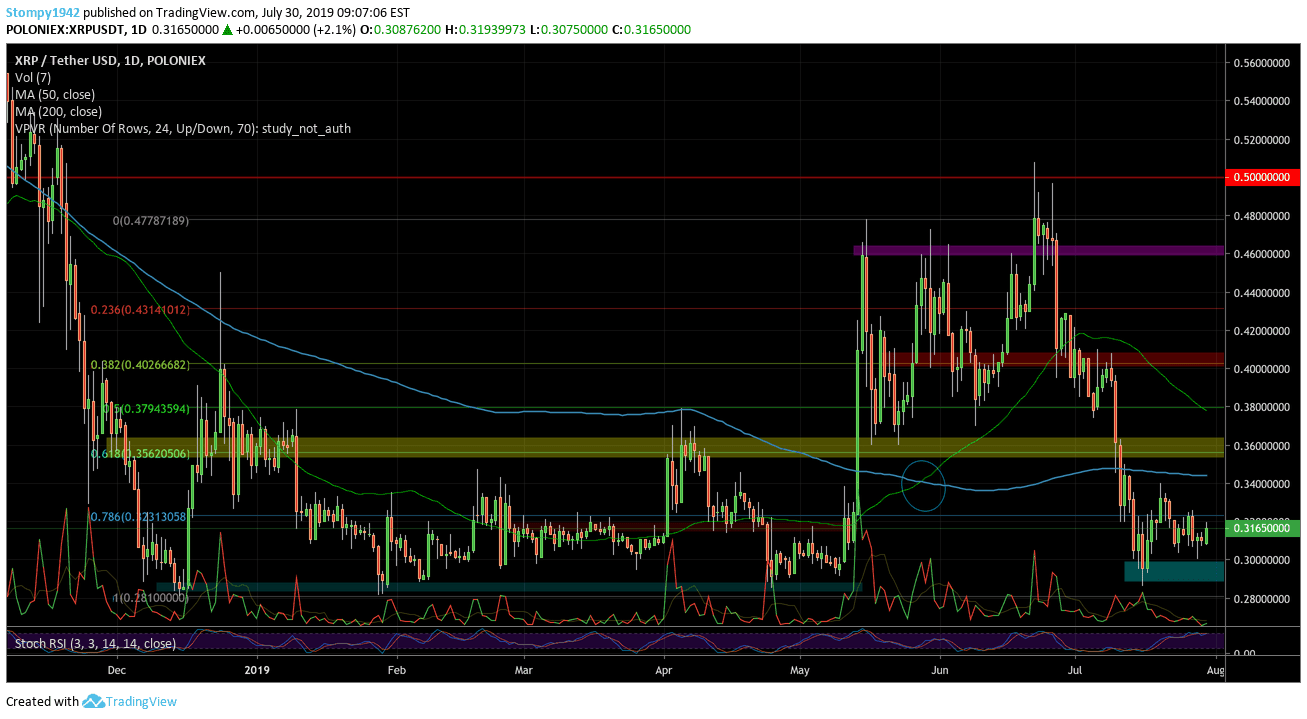 Against Bitcoin, XRP’s decline slowed down over the past two weeks. We saw attempts to form support at 3000SAT. Resistance in this range is at 3300SAT and it’s being tested. If it breaks above, it might quickly return up to 4000SAT. 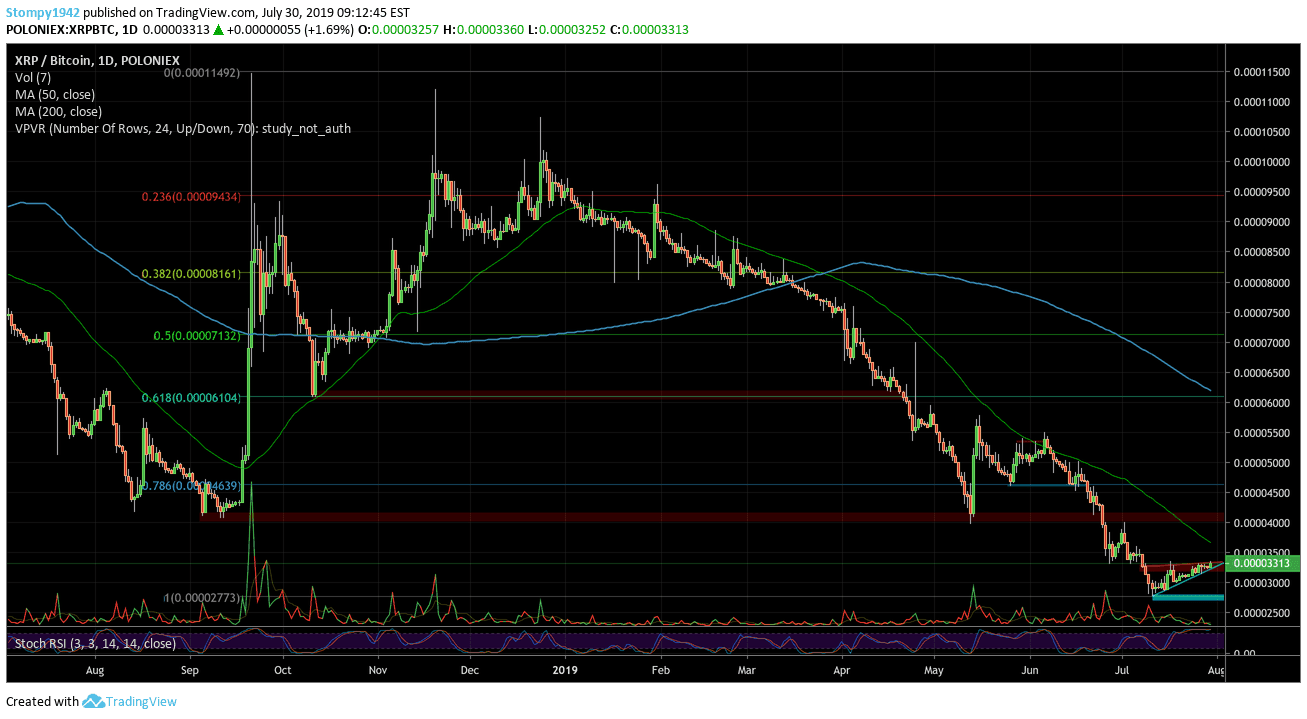 Against the USD, the trend is declining at 27 cents. The support in this range is at 23 cents and if it doesn’t hold, we see further support at 19 cents. 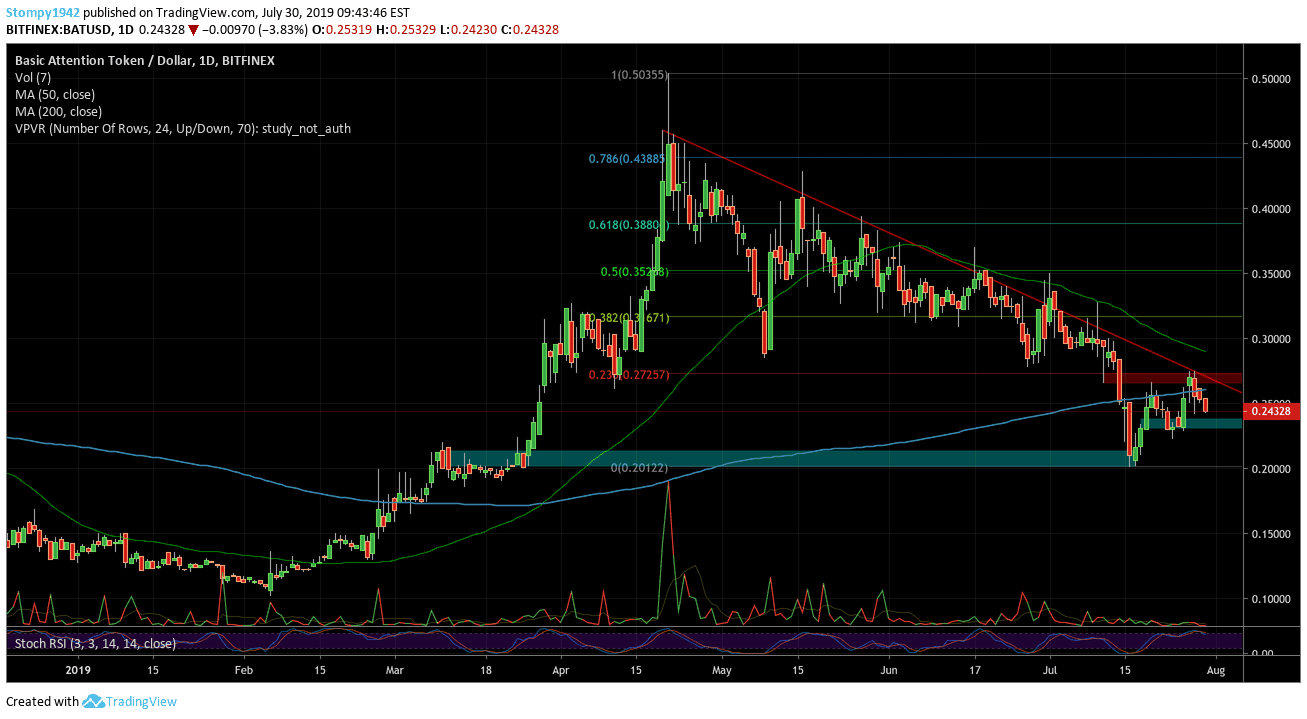 Against BTC, support is at around 2150SAT. Resistance here is around the 50MA at 2800SAT from where it’s fixed back down. 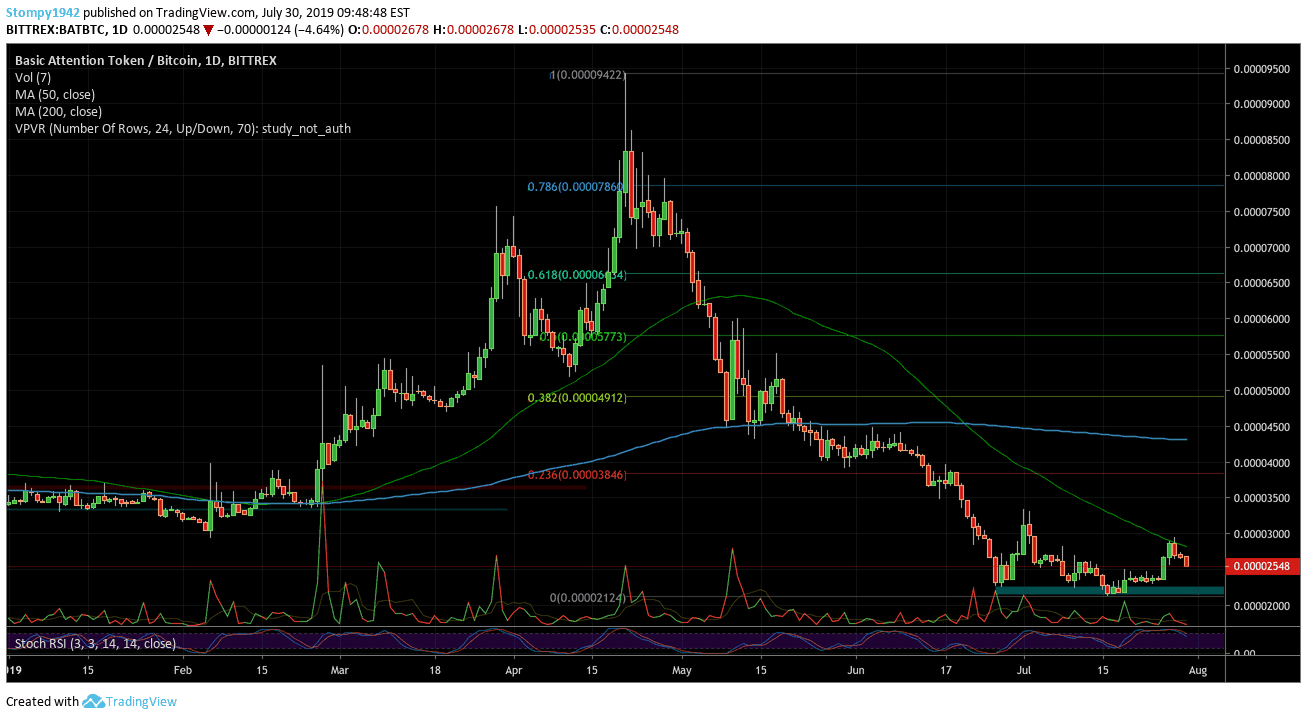 Against the dollar, support is found at around 0.01cents. Resistance in this range is at 0.013 cents. Most of the trading is against Bitcoin because of the lower rates. 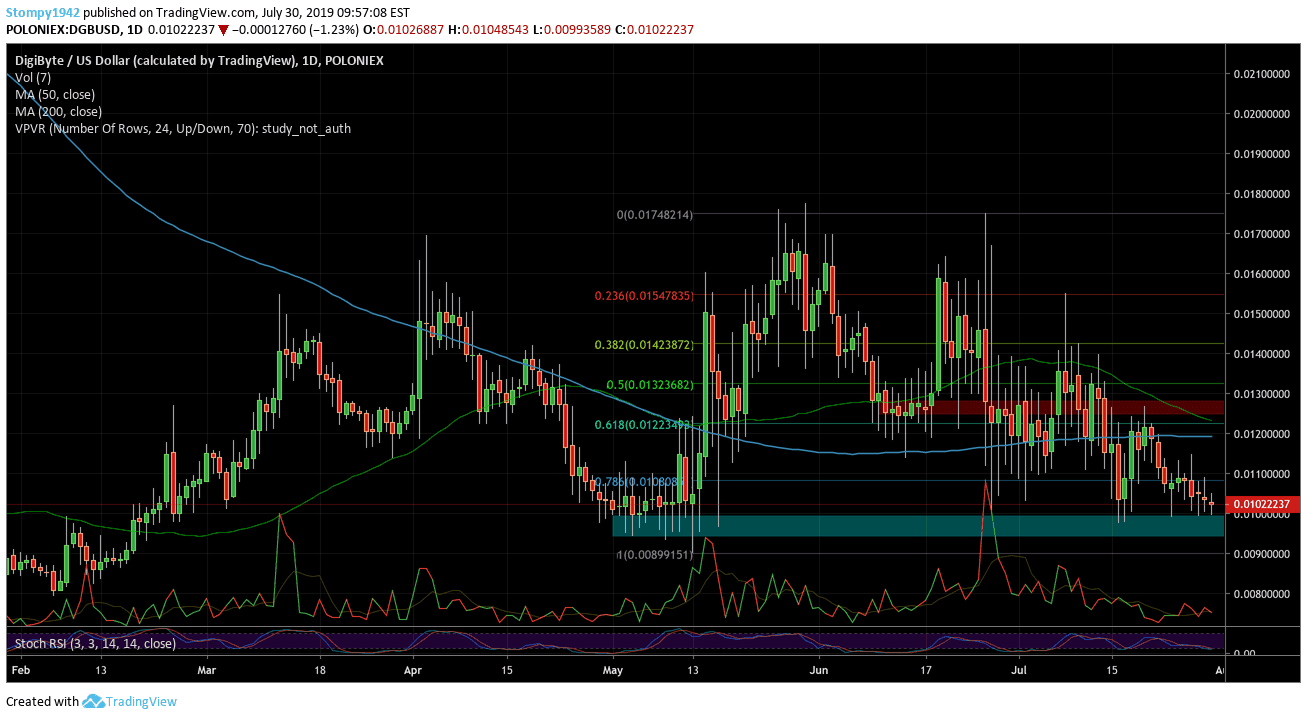 Against BTC, the support is being tested at 100SAT. Resistance in this range is at 120SAT and it’s bolstered by the 50MA with two attempts to break above it. 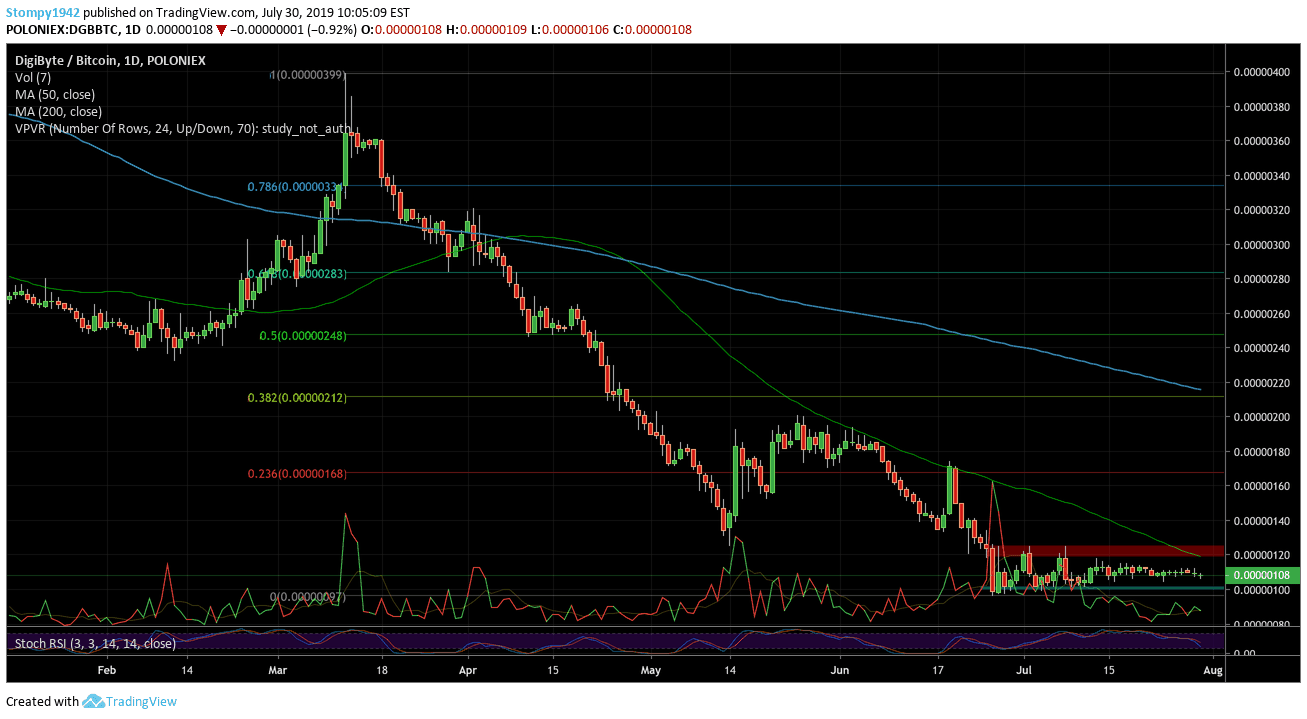 How to generate Passive Income with Cryptocurrencies

In the crypto world, unlike in the classic financial markets, there is no possibility of guaranteed returns. However, there are other…

The Recent Bitcoin Raging Volatility: The Good And The Bad

Bitcoin has been known to be volatile. Historically, the cryptocurrency has gone through massive spikes in both directions. As such,…