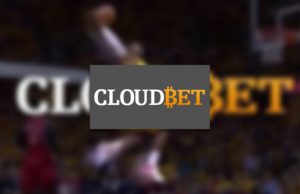 Five years is an eternity in crypto. Since Cloudbet first launched, the landscape has changed countless times. One thing has been constant though, the community.

These are the dates that made us.

Cloudbet took its first ever wager in October 2013; 0.12 BTC (worth just $24 at that time) was placed on Korea’s K-League (soccer) – it won. We’d like to thank that first player for trusting Cloudbet; there have been over 6.5 million wagers in our sportsbook since, including plenty more winners, who we’ve happily paid out in bitcoin, contributing to the amazing growth of Satoshi Nakamoto’s dream.

Our customers continue to play with Cloudbet because we have built a site that meets the needs of the growing number of gamblers who appreciate the advantages of Bitcoin over traditional fiat operators.

When Cloudbet was launched back in October 2013 it was the first major site that enabled users to bet on sports with bitcoin. Our mission was to address the shortcomings of fiat bookmakers by leveraging the power of bitcoin in an intuitive platform – we wanted (and still strive) to provide ‘the easiest way to bet with bitcoin.’

At that time BTC was trading at just $200 and awareness of crypto’s huge potential was limited to early adopters. Understanding the grassroots nature of Bitcoin (Cloudbet’s founder was inspired by Satoshi’s white paper to build a payment engine) there was unanimous agreement among the small startup team that the only way to gain meaningful traction and feedback on the product was to announce Cloudbet in Bitcoin’s most active community – bitcointalk.org.

So on the morning of November 13th, 2013 – with some trepidation – Cloudbet posted its meta thread on Bitcointalk and immediately began to receive friendly but cautious responses, which is perhaps representative of the community at large. Ideas are welcomed but trust must be earned, and Cloudbet set about gaining that with a thread that has now spanned 263 pages and over 5000 posts.

With a background in professional betting the Cloudbet team understood the importance of offering meaningful betting limits – mainstream fiat bookmakers routinely limit or even close the accounts of successful bettors – which is why from the start, maximum bets were set at 50BTC, but back in those days with the price fluctuating so much, minimum limits were pricing out smaller players.

Knowing that to succeed we had to offer what people wanted we took on board the feedback adjusting the minimum bet limits down to 0.001BTC for most events. That is still the case today but we have retained our exceptionally high maximum limits, as demonstrated at the 2018 World Cup where we were accepting 100BTC bets on the final. The same is true of our casino where you can play table games for up 5BTC a hand. We want to keep pushing the boundaries and making the case for crypto over fiat.

As a crypto sportsbook and casino Cloudbet is entirely free of third-party payment providers, and the inevitable processing delays they incur, so from the outset we wanted to fully leverage the benefits of decentralised transactions. Just a few months after launching Cloudbet had automated the majority of withdrawals, and since then 90% of withdrawals have been processed instantly.  We do still process larger amounts manually, which as Bitcointalk members rightfully point out, is frustrating, but our commitment to responsible gambling means that we have to make sure that, on occasion, we need to verify some player’s activity.

Having focused on the critical aspects of our service, such as the limits, markets and payment processing, Cloudbet started to earn a loyal customer base. In order to reward those early adopters and attract a wider audience, Cloudbet introduced a 100% first deposit bonus – up to 5BTC – which was retroactively applied to existing customers.

The Welcome Bonus was intended to be a short-lived promotion, but is still available to this day, though active players can expect a wider range of ongoing incentives across sportsbook and casino.

Though our original idea was to be the home of bitcoin sports betting, it soon became clear that our users wanted other ways to play. So with the launch of our live casino, we made sure that our users could play with live dealers, just like you would in real life.

Each month we add more games to our casino. And as our range of online slots grows, the number of winners also increases.  Our casino has seen a number of successful players, the most impressive of which was the record 160 BTC ‘Troll Hunters’ winner, to players learning the ropes in the free to play area, our casino welcomes everyone.

As much as we recognised the importance of gaining trust we also realised that we had to demonstrate that funds held by Cloudbet were secure, so the decision was made that Cloudbet would go to market offering cold storage as standard. If you’re not sure what that means you can read this article about why it’s important, but in short we keep all funds offline – except for those required to honour withdrawals – where they are impossible for hackers to reach. And we’ve done that since day one.

Though Cold Storage was a good start, it was clear from community feedback that there was more we could do. So in May 2014 we introduced two-factor authentication (2FA). Widely available thanks to the Google Authenticator app, it gives users a second level of authentication, to help keep your Cloudbet account secure.

Security has remained a fundamental aspect of our service, and as recently as June of 2018 we took further measures to make accounts even more secure, adding SMS Verification. By registering your phone number to your account you get a further layer of security.

Though we are a bitcoin sportsbook rather than simply a sportsbook offering bitcoin, we appreciate that without an excellent betting product the advantages of crypto are meaningless. The biggest development in betting over the last decade has been live betting, so from the very beginning Cloudbet was focused on being able to offer a wide a choice of live markets as possible – something that sets aside from other crypto operators. This began at the 2014 World Cup in Brazil and has grown every year since.

As well as listening via communities like Bitcointalk we regularly survey our customers, and we consistently hear ‘we love your live betting options’ but equally ‘we want more’. We are listening, and are continually expanding live markets.

January 2017 – The First Steps For Localisation

Though bitcoin has proven itself to be a global currency, we knew that as long as our site was only available in English, we wouldn’t be offering the best experience possible. That’s why in January 2017, we rolled out Korean and Indonesian translations for our site. This was followed by Turkish, Chinese and Russian. In our quest to bring bitcoin gambling to as wide an audience as possible, we’ll be looking to add even more in the coming months.

The world of cryptocurrency gambling is almost unrecognisable from when we first announced the site to the bitcoin community, and these positive changes allow us to bring new features faster than ever. It’s why we introduced Bitcoin Cash as the first altcoin to our site in April 2018 – announcing exclusively on Bitcointalk – not in preference to Bitcoin, but because we want to provide customers with more choice. We don’t simply convert Bitcoin Cash deposits into bitcoin either, that would mean added costs for our users. Players can deposit, bet and withdraw Bitcoin Cash in just the same way as bitcoin.

Introducing a new currency might be enough for most sportsbooks. But not us. As another way of giving something back to our players, in the same month as we launched BCH as a currency on Cloudbet,  we honoured the Bitcoin Cash fork. Every player who had bitcoin funds in their Cloudbet account at the time of the fork was granted corresponding Bitcoin Cash to match their bitcoin balance. If you were playing with us at that time, check your account, you might still have some of your windfall. Adding Bitcoin Cash has proven to be a popular choice, with over 11,000 BCH paid out as winnings in our sportsbook since it launched, and players still place huge amounts of bets daily.

May 2018 – More than just a bitcoin betting site

Cloudbet has come a long way over the last five years, but because our business is predicated on cryptocurrency, our progress is also a testament to bitcoin’s resilience (both big and little ‘b’). In order to talk about Cloudbet’s intrinsic connection to the wider Bitcoin movement we created our blog in May of 2018; it is also the means to tell this story. We have great plans for the blog, not just as advocacy for the power of cryptocurrency, but as a comprehensive guide to sports betting and casino games as well as the place to learn the basic bet types all the way up to the intricacies of progressive betting strategies.

We haven’t always got it right. There are things the community have rightly held us to task about. We know that sometimes withdrawals can be delayed and that support hasn’t always been up to scratch. But we’re investing heavily into our customer service team, even opening another dedicated office to make sure we’re able to respond to queries as fast as possible, no matter what timezone you’re in. It’s our number one priority.

Thanks to the early improvements and the feedback from the community from our early adopters we saw incredibly rapid growth in the number of our users. It was an incredibly exciting time for us, despite bitcoin having a troubled year, we saw more players than ever before. But it wasn’t all smooth sailing. We weren’t able to respond to our customer’s queries as quickly as we’d liked. And there’s a good chance that some were frustrated by that. Even though we couldn’t sort the situation out as quickly as possible, it was a reminder that we had to invest in the right places.

What does the future hold?

We’ve used this line a lot in 2018 but it still holds true, five years is an eternity in crypto so it is hard to know for sure what the future will hold, but we firmly believe crypto will go from strength-to-strength. Because of that, we’ll be looking to add more coins, revamp our website, and improve the experience for all players, but above everything else listen to what the community wants and move forward and grow along with the burgeoning crypto industry.

The original version of the article was published by Cloudbet and is part is part of the Cloudbet Blog’s series on big-picture blockchain stories. For more in-depth discussions on all things crypto, tune into our In the Cloud section and follow us on Twitter.

The post Cloudbet at 5: Who We Are & How We Got Here appeared first on ZyCrypto.

Recommended: Events to Visit in Spring 2019

Each year hundreds of conferences take place to discuss the issues related to the future of blockchain technology and cryptocurrencies.…

Tether USDT has made a move today to reclaim the 8th position on the market capitalization ranking list. Tron (TRX)…