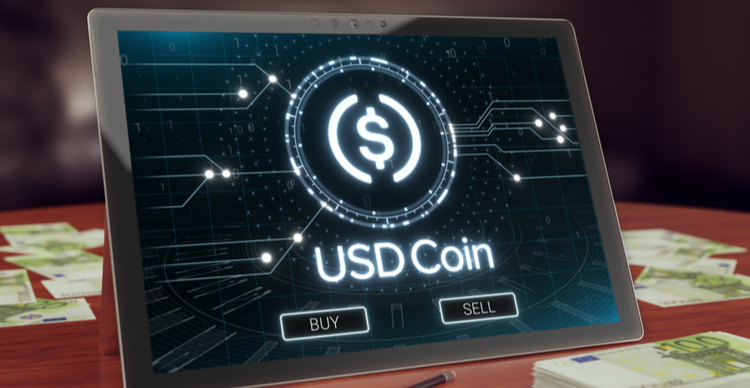 US-based digital payments firm Circle, the company behind the USD Coin (USDC) stablecoin, has announced that it plans to seek registration as a federally-chartered national bank.

Jeremy Allaire, the firm’s founder and CEO, revealed these plans via a blog post announcement published on Monday.

According to him, becoming a full-reserve banking commercial bank would see Circle’s activities come under the supervision of top financial and market regulators in the US, including the Federal Reserve, the US Treasury, the Office of the Comptroller of the Currency (OCC) and the Federal Deposit Insurance Corporation (FDIC).

Growth in USDC behind bank move

Circle created USDC in May 2018, and in just over three years, the stablecoin has grown to become the second-largest in the digital currency space behind Tether (USDT). The stablecoin is now worth over $27.5 billion in market capitalisation, according to data from market aggregator CoinGecko.

Goldman Sachs-backed Circle wants to see greater adoption for USDC in the next few years, with increased usage making it a critical cog in financial services and e-commerce applications.

According to Allaire, the decision to seek a federal banking charter is therefore premised on Circle continuing its “long-standing commitment to trust, transparency and accountability“.

“We believe that full-reserve banking, built on digital currency technology, can lead to not just a radically more efficient, but also a safer, more resilient financial system,” he added.

The move will also see USDC issuance (and circulation) happen within the confines of the strict regulatory guidelines that oversee US money transmission.

Gaining a full-reserve banking charter will mean Circle will have to hold a reserve of all deposits. These will be kept in cash and cash equivalents to provide for instant withdrawal should a depositor express that need.

The announcement that Circle is seeking to become a commercial bank follows an earlier deal with Concord Acquisition Corp that is set to see Circle publicly traded on the New York Stock Exchange (NYSE). The firm filed Form S-4 with the SEC last week.

The last time BTC/USD closed below $10K on the weekly and daily logs was July 26. Bitcoin held steady to…

Every time the Bitcoin Mayer Multiple crossed 2.4, it extended before hitting a macro top and then dropping afterwards to…