ChainLink is currently trading at $10.59 failing to follow Bitcoin’s recent bullish action. Bitcoin had a major breakout today above $11,000 fueled by several positive news, most notably, Kraken receiving approval to become the first crypto bank in the U.S. Unfortunately, it seems that LINK bulls have exhausted their strength in the last surge to $20 and are now having a tough time coming back. The most recent low is at $9.1 and it seems that LINK price is at risk of falling below this crucial support level.

On the daily chart, LINK has established a clear downtrend and formed a symmetrical triangle that is close to a bearish breakout. Bulls have been rejected from the 50-MA several times in a row. The RSI continues being bearish and it’s not yet overextended. The lower trendline is currently right below $10.6 and then bulls will only have 1 important support level at $9.1. 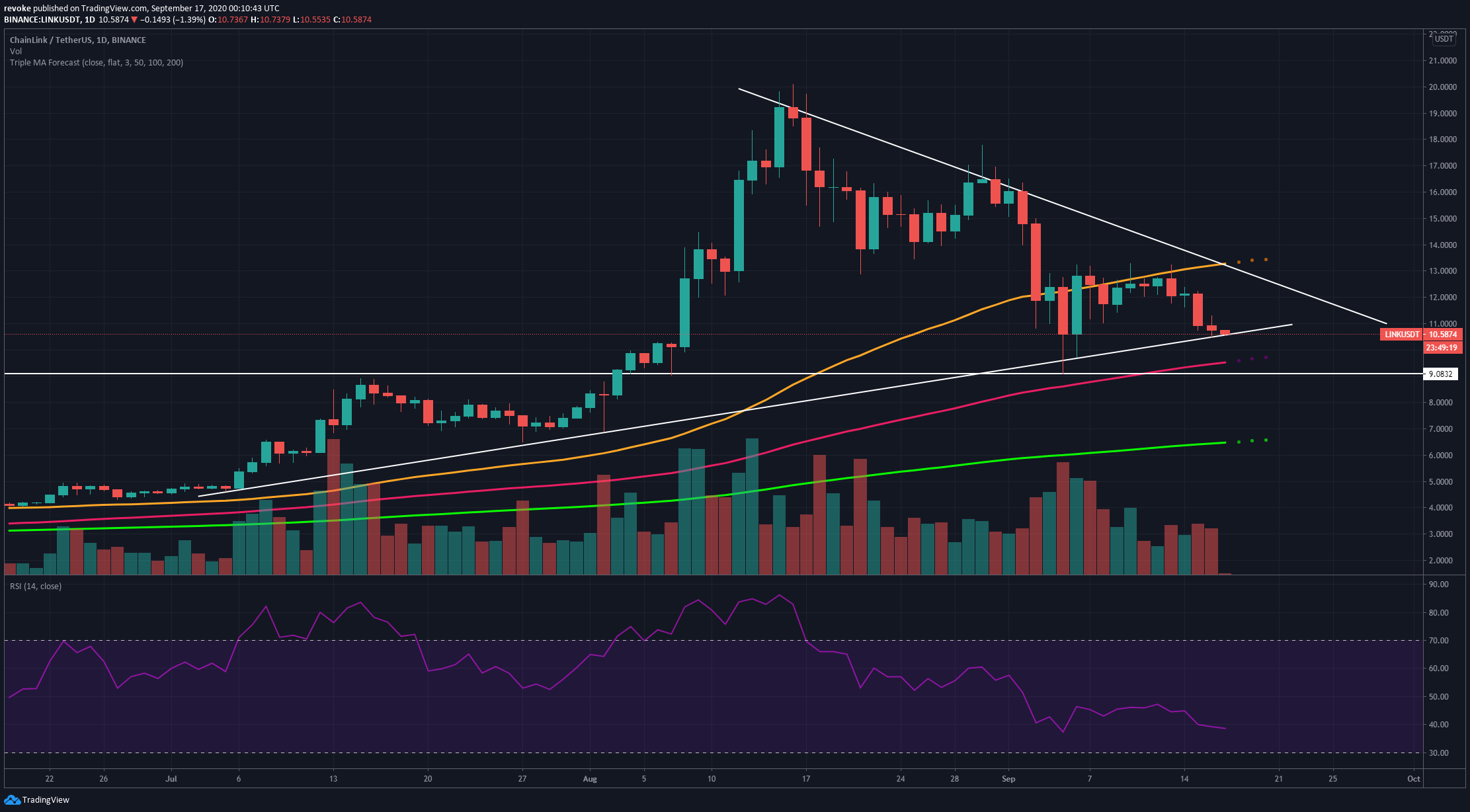 If this critical support level cracks, LINK price will most likely drop towards $6.87, the next important support level before even touching the 200-MA. The trading volume seems to be declining which might indicate a breakout is waiting to happen.

LINK bears have been able to establish very clear lower lows confirming a downtrend. The price of LINK is currently below all 3 MAs and the RSI is close to overextension. The RSI did touch 27 but the bullish bounce was not strong enough which means the next overextension could be just as weak. 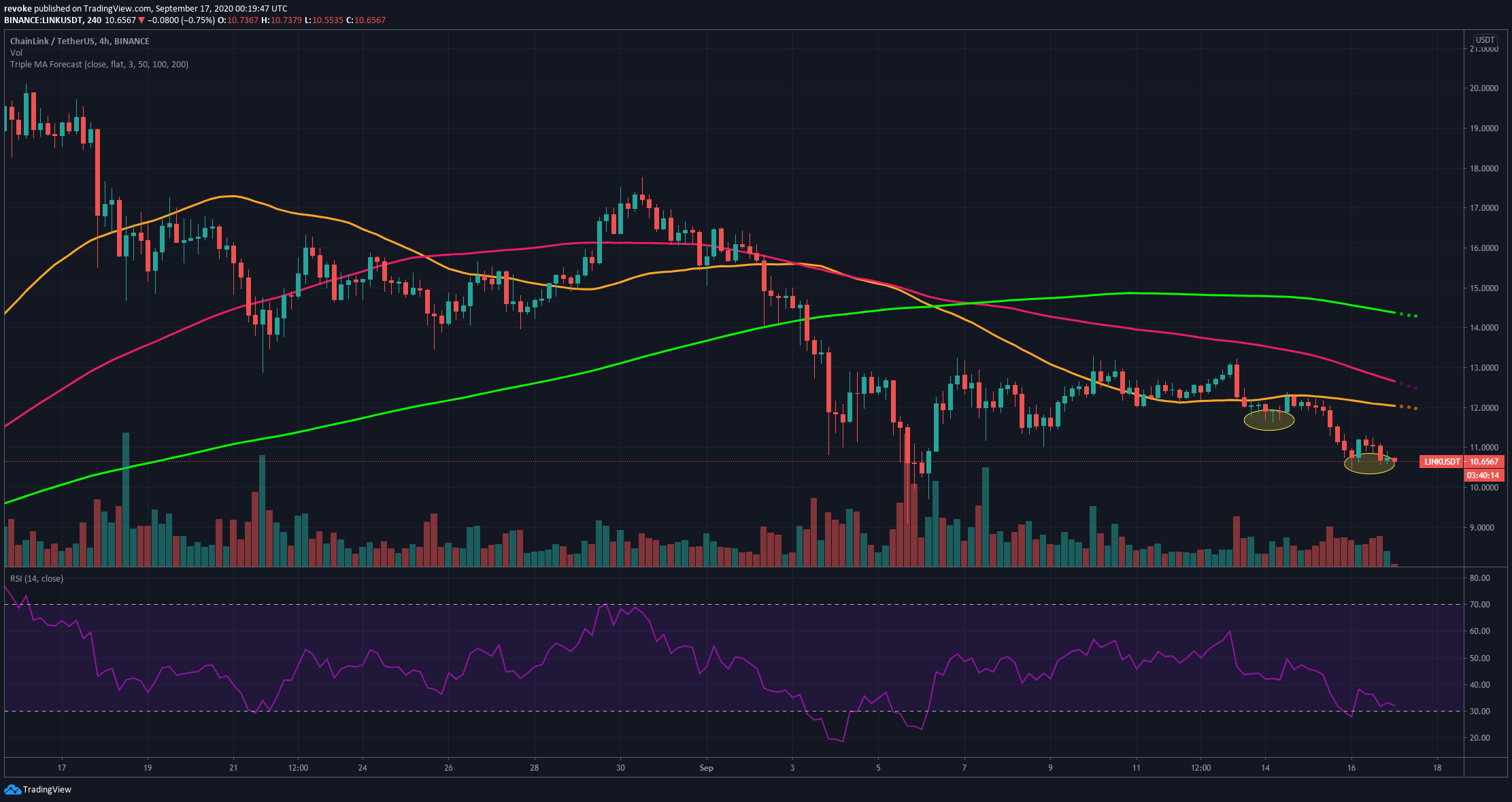 The short-term support is set at $10.47 and then $10 as the psychological level. There is strong resistance at $11.3. If this level breaks, bulls would be quite happy as an uptrend would be possible with another higher low.

The ChainLink project has been accused of many things in the past. The platform and coin have received a ton of criticism from investors and other platforms. Most recently, there was a dubious report published by a company named Zeus Capital accusing ChainLink of being a scam. The report stated that LINK will most likely drop to $0 and Zeus Capital even made a public short for LINK.

Unfortunately, their short position was eventually liquidated as LINK continued surging above $12 and peaked at $20. That hasn’t stopped Zeus Capital from posting more information against ChainLink.

Chainlink's market manipulation is fading and their sock-puppets are getting desperate. Meanwhile, the development team cashes out millions of dollars weekly from project's naive supporters. It's a shame. pic.twitter.com/YMJid6S82Q

Etheruem has been trading inside a downtrend since September 1 after peaking at $488 on Binance. The digital asset is…

Based on increasing demand, we at CryptoTicker decided to write this article that tackles the famous NFT exchange, Rarible. Google…