With the recent and massive bull rally YFI price is experiencing, many people are wondering when will YFI stop. The current market capitalization is already over $1 billion in practically 1 month of trading. The magnitude of this rally is extreme and YFI is ranked 22nd as of now. The maximum price was reached yesterday at $38,855 on Binance but the slight pullback experienced was not enough to stop the bulls which have pushed the price of YFI back above $35,000. 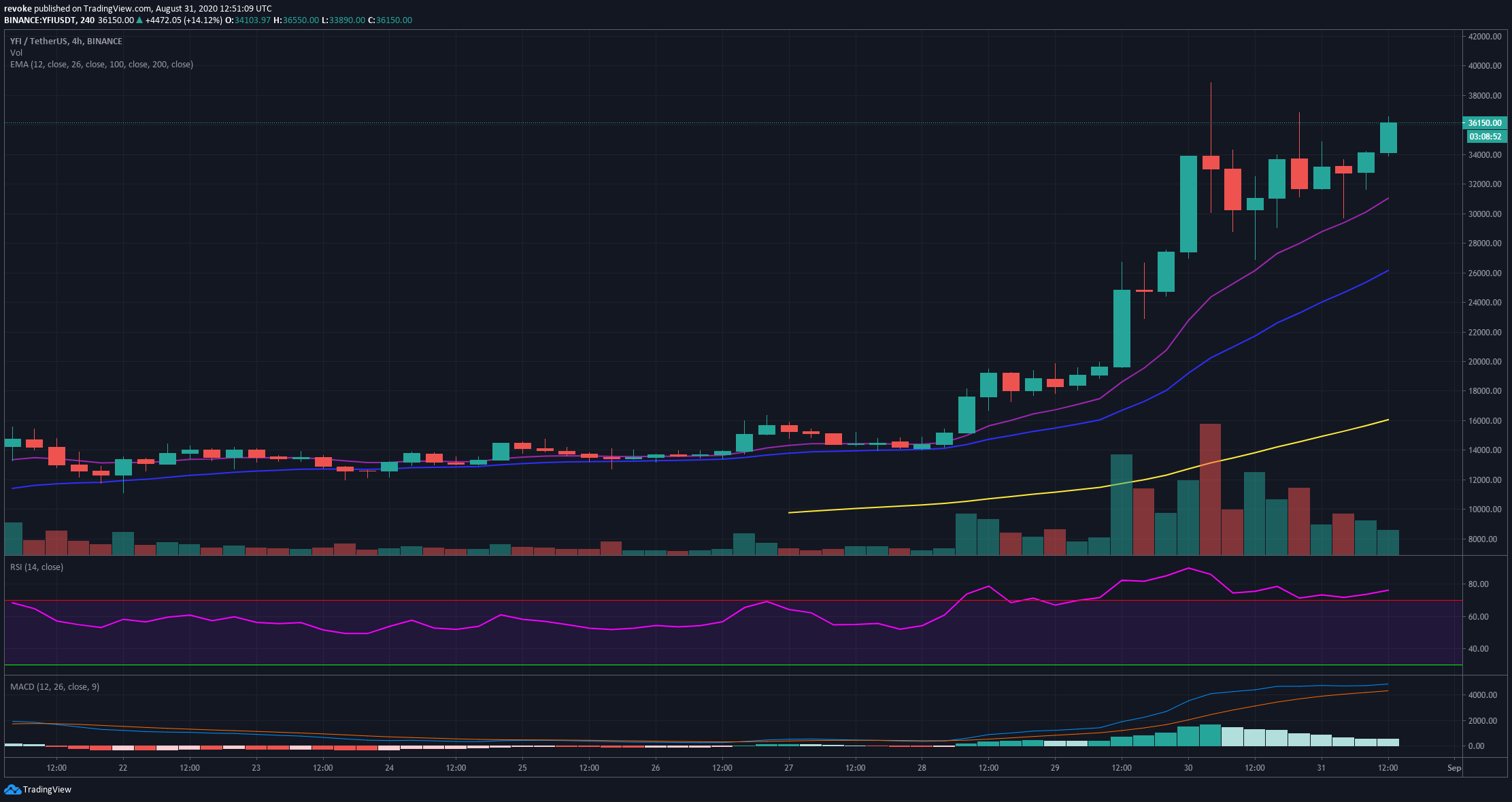 To reach $100,000 per coin, YFI price would need to increase 3x which would put its market capitalization at around $3 billion. That feat doesn’t look that hard considering the massive amount of FOMO that the digital asset is gathering.

Using these numbers alone, it seems extremely hard for YFI to ever reach $1 million, however, if we consider the fact that a notable crypto bull run is happening right now, perhaps that number doesn’t look that impossible to achieve.

It’s important to note that during the last bull run, coins like Litecoin had $19 billion mcaps. Cardano, for instance, had $32 billion at its peak in January 2018. If another bull run like that happens again, Yearn.Finance price could very well reach $1,000,000 but what about the fundamentals behind this new project?

What’s the point of Yearn.Finance?

For anyone that doesn’t know, YFI allows users to earn profit in a few different ways. The main idea behind YFI is quite simple and the website behind the project is also extremely simple which is probably one of the main factors in the success of the project. There have been plenty of other DeFi projects doing the same, things like Compound or Fulcrum.

Yearn.Finance it’s an entire ecosystem and enables customers to earn more but the documentation about the project is relatively mysterious.

YFI suffered a hard fork a few weeks ago, the fork, called YFII is currently known as DFI.Money and it’s already up to $4,375 with a $164 million market capitalization. The main difference between YFI and YFII is that the latest will function as a governance token for the community and allows late customers to earn rewards as well.

The idea behind YFII was intended to pass via a governance vote which did not pass. The developers then opted to perform a hard fork and create YFII.

The launch of YFII, however, was notably controversial after several scam accusations. YFII is currently offering really high returns but investors were worried about an ‘owner key’ which could have been used to launch limitless amounts of YFII tokens. This concern was eventually fixed.

Ethereum Price Analysis: ETH Price is on the way to touch $420?

The Ethereum price is once again displaying a slightly promising behavior. In the last 24 hours, its price has increased by almost…

Non Fungible Tokens (NFTs) have been making a name for themselves lately. Like all crypto trends, there are new projects…