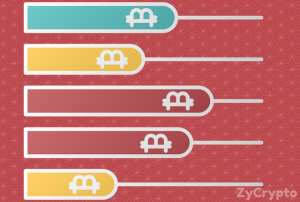 Bitcoin (BTC) has been celebrating its growth in the market within the last 48 hours along with Ethereum (ETH) that has seen the highest gains as well as Ripple (XRP) and indeed all the top ten cryptocurrencies. This is, to say the least, amazing as BTC alone has gained over $6 billion within the last 24 hours.

However, a significant landmark is that the cryptocurrency has come up to $4,000 again for the second time this year. The first was at the start of the year when the market gained briefly before crashing again. In fact, many have given up hope of seeing any significant growth this early and it is great!

While several experts, investors, and analysts have predicted a better market for BTC, apparently none thought this move was around the corner. It has been amazing watching BTC gain several dollars in minutes showing a steady climb up the difficult ladder of recovery from the long-lasting bear market.

Other cryptocurrencies are not left behind, ETH is currently the highest gainer so far, gaining about $3 billion, followed by XRP which has gained another $1 billion to be at $13 billion at the time of writing.

This is a remarkable improvement that may be owed to the increasing interest in the market despite the lingering bear market. Satoshi Capital Research and many others have provided evidence that interest in Bitcoin has been growing since 2018 which definitely mean there would be a bull run at some point. In fact, Bitcoin was used for transaction more than Paypal in the last year.

If anything, the current move suggests the blockchain industry and cryptocurrency have come to stay and will be growing as time goes on. It also proves that Bitcoin will not be dying soon as some people have predicted and not just that, it is becoming an attractive investment even for institutions.

Where is Bitcoin going next from here? Is it to $5,000 or will it crash right back down? If the current trend continues, the asset should be getting to around $5,000 in the next 24 hours and probably above $6,000 before the end of the week. Meanwhile, we will watch to see what happens by the end of today.

The post Breaking: Bitcoin (BTC) Hits $4,000 for the Second Time in 2019 appeared first on ZyCrypto.

Golem initiated a token migration from GNT to GLM to become an ERC-20 token. We’re glad to announce that CEX.IO…

Finally, all hopes of getting Intercontinental Exchange (ICE)’s institutional investment platform Bakkt can be put to rest at least till…