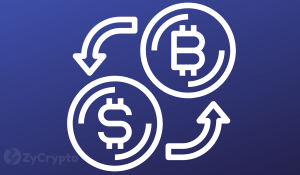 When it comes down to the unstable economy of the entire globe, that has largely been built on centralization, it remains undeniable that the vast majority is losing trust for this system of finance. More especially, when the swift occurrence of deflation and inflation is considered during times of recession, Bitcoin begins to pose as a more reliable counterpart.

Although it has been largely argued that Bitcoin will continue to drop following every major economic recession, with reasons that the technology is still in its early infancy, and therefore lacks the level of adaptation needed to annihilate volatility. Meanwhile, the current reality is largely disputing this whilst proving that Bitcoin was consciously built to tackle the issue of a global economic meltdown.

The disdain towards centralization has continued to be voiced severally. With reference to traditional banks, the vast majority that makes up the cryptocurrency market have revealed multiple events, some traumatic, all of which goes on to echo the fact that people, in general, are losing trust for the system of centralization as it places control in the hands of the government.

However, with Bitcoin, the reverse is the case. Bitcoin, being a peer to peer network with a limited supply of BTC gives users the ability to control cash flow at any time as opposed to a centralized network. Now, considering the current volatility of the cryptocurrency market, how can Bitcoin pose a more reliable currency during an economic crisis?

This answer is not far from the everyday individual, whose need for swiftness in transaction and transparency are insatiable. Inversely, the structure between Bitcoin and the US dollars is such that a decline in one profits the other. Having this in mind, coupled with the knowledge that both currencies are prone to swiftness in upsurge and decline, the question becomes the need for control.

The more people are aware that the value of goods and services are not restricted to a government-inflated currency, the more they are likely to make a well-informed choice to take back control and invest in Bitcoin.

The post Bitcoin Will Thrive with Every Economic Recession and Here’s Why appeared first on ZyCrypto.

Pitcher Perfect is all set to Revamp the Crypto Investment Space

“I’m seeing many very creative entrepreneurs coming to me and changing the way I think about finance,” shared billionaire venture…

This Valentine’s Day, we would like to help our customers express their love. So we’ve prepared presents for you to…