The newest report from Citibank’s Managing Director, Tom Fitzpatrick, discusses the possibility of Bitcoin reaching $318,000 by the end of 2021, stating that the cryptocurrency is the digital gold of the 21st century.

Just recently, Mike McGlone, a Bloomberg Intelligence analyst also made a bullish prediction for Bitcoin saying the digital asset can easily reach $100,000 by 2025.

The main idea behind the $318,000 prediction is the past price action of Bitcoin when it comes to rallies. It seems that although new rallies have a smaller impact on Bitcoin’s price, it can still reach around $300,000 by the end of 2021 which would be the end of the current rally.

Of course, accurately predicting the price of BTC in the long-term is certainly not an easy task, but many fundamental metrics seem to have turned bullish in the past year.

It’s also worth noting that big businesses and companies have been purchasing large amounts of Bitcoin during 2020. The Grayscale Trust Fund has more than $6 billion in BTC and is still buying more. Other companies have bought millions worth of Bitcoin in the past few months, increasing buying pressure.

Looking at a shorter time frame, Bitcoin is clearly bullish right now and aiming to hit its all-time high at $20,000 again. 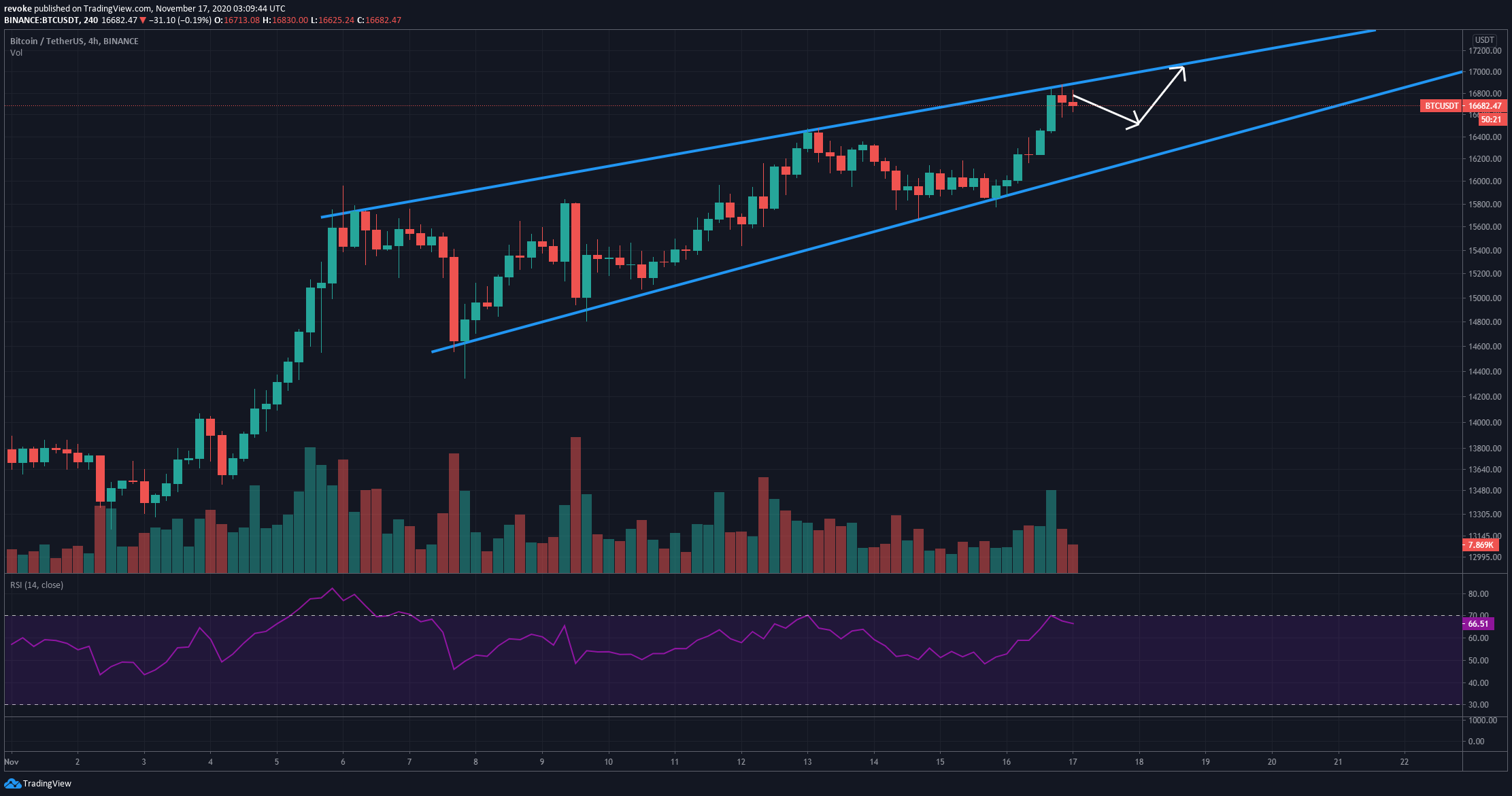 On the 4-hour chart, the digital asset has formed an ascending wedge. Bitcoin price touched $16,880 which is the upper trendline of the pattern. The small correction we see is not strong enough to pose a threat for the bulls.

The most likely scenario is a retrace towards $16,500 before another re-test of the upper boundary. Bitcoin could also directly smash through the upper trendline at $16,900 and jump towards $18,000 as there is very little resistance to the upside.

Although some altcoins have rallied in the past few days, Bitcoin’s dominance remains over 65%. The nearest bearish price target would be $16,200, which is the lower trendline of the pattern.

This article presents two key scenarios that would happen to Bitcoin prices. For the past week, prices seem to have…

The Vanguard Group, one of the world’s largest index fund management companies, has completed the first phase of a blockchain…