Bitcoin just reached $300 billion market capitalization again for the first time since December 2017. It’s important to note that the supply of Bitcoin has increased since 2017, which means that a lower price per coin is enough to hit the same market capitalization that it had at its all-time high.

Trading volume has also considerably increased over the past two years, most notably at the beginning of 2020. It dropped significantly in May 2020 and seems to be recovering again. Similarly, the trading volume of the entire market hit a peak around May and it’s recovering again. The total market capitalization is still far from its all-time high though.

On January 7, 2018, the total mcap hit $813 billion. The current mcap is only $467 billion despite Bitcoin’s price being close to its all-time high and thousands of new coins that have entered the market.

It’s not a surprise; however, because Bitcoin’s dominance usually means altcoins will go down. For instance, on September 18, 2017, BTC was at 48% dominance and grew to 62% on December 11, 2017. On January 8, 2018, it plummeted down to 33% meanwhile the entire cryptocurrency market gained around $600 billion.

It seems that besides a few psychological resistance levels, Bitcoin is facing very little opposition to the upside. This bull rally is a lot healthier than the one in 2017 although the RSI is overextended in several time frames. 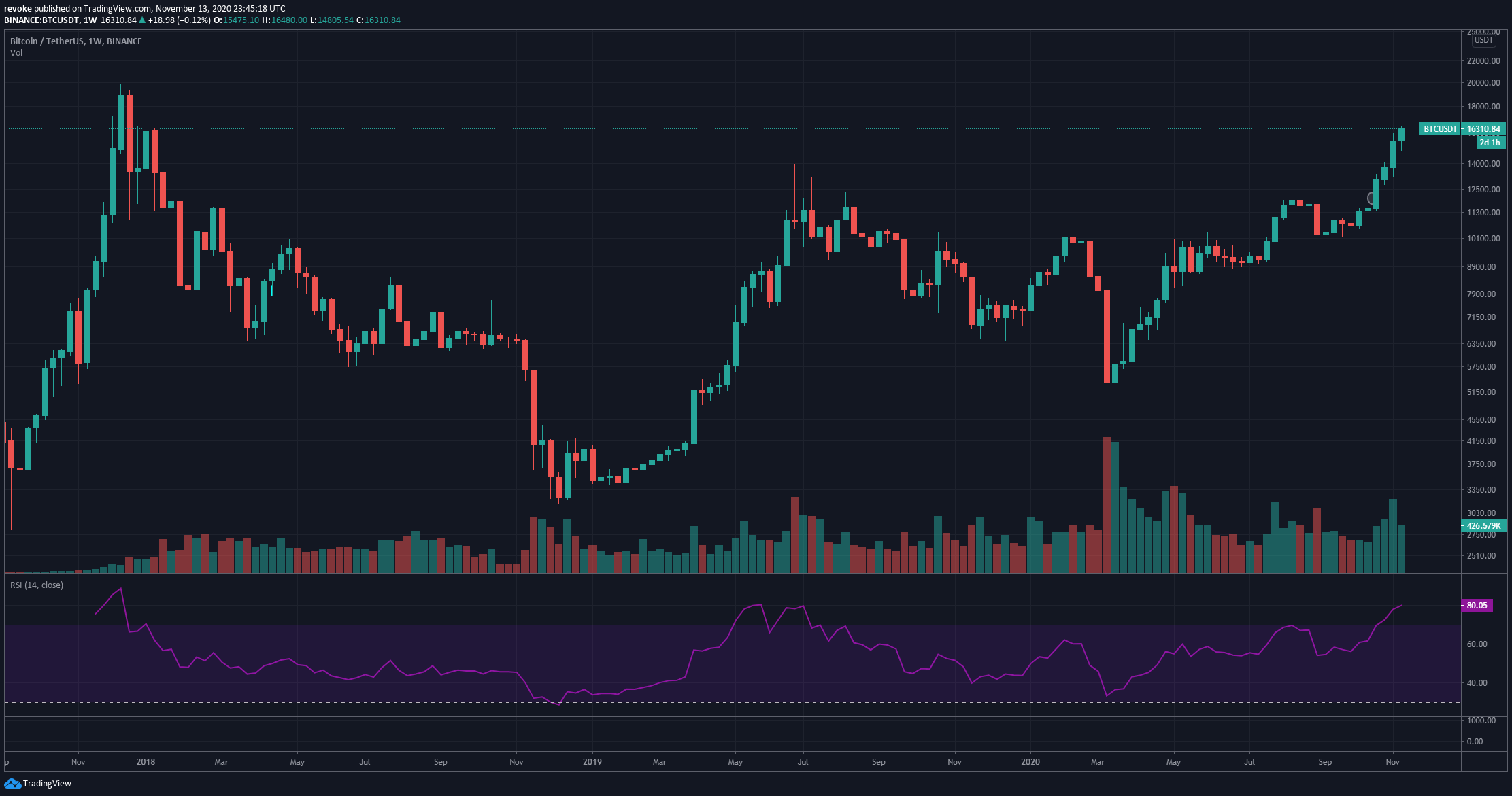 One of the main differences between this rally and the last is the increase in trading volume and institutional interest. One of the main sparks of this run was the integration of Bitcoin and other cryptocurrencies into PayPal.

It’s also worth noting that many multi-millionaire companies have invested millions in Bitcoin in the past year. The Grayscale Trust Fund has over $6 billion in Bitcoin.

The next price target for Bitcoin is clearly the all-time high at $20,000. However, some popular predictive models like the Stock-To-Flow model states that the flagship cryptocurrency is ready for $100,000 by the end of 2021.

Ripple Price Prediction – Will XRP Price go back to 1$?

In the past few days, ALL cryptocurrencies lost significantly in their respective market caps. There are many reasons why the…