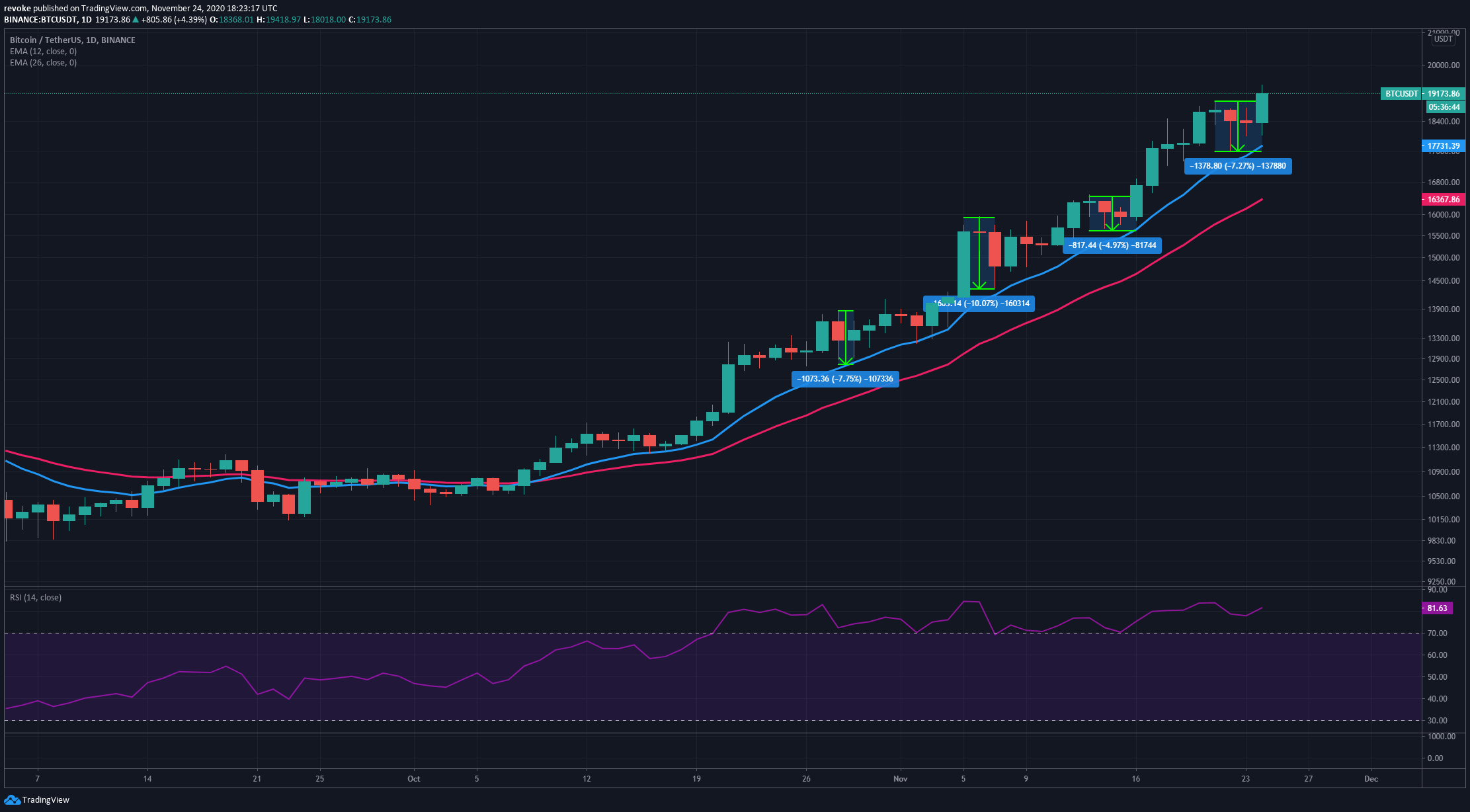 So far, there have only been a few pullbacks on the way up, most of them around 7%. The RSI remains extremely overextended but doesn’t necessarily pose a threat for the bulls as demand is simply too strong right now.

So far, Bitcoin price has been able to defend the 12-EMA since the breakout above $11,000 on October 8. The loss of this critical EMA would be a clear bearish sign in the short-term. Similarly, The MACD has been bullish since September 15. 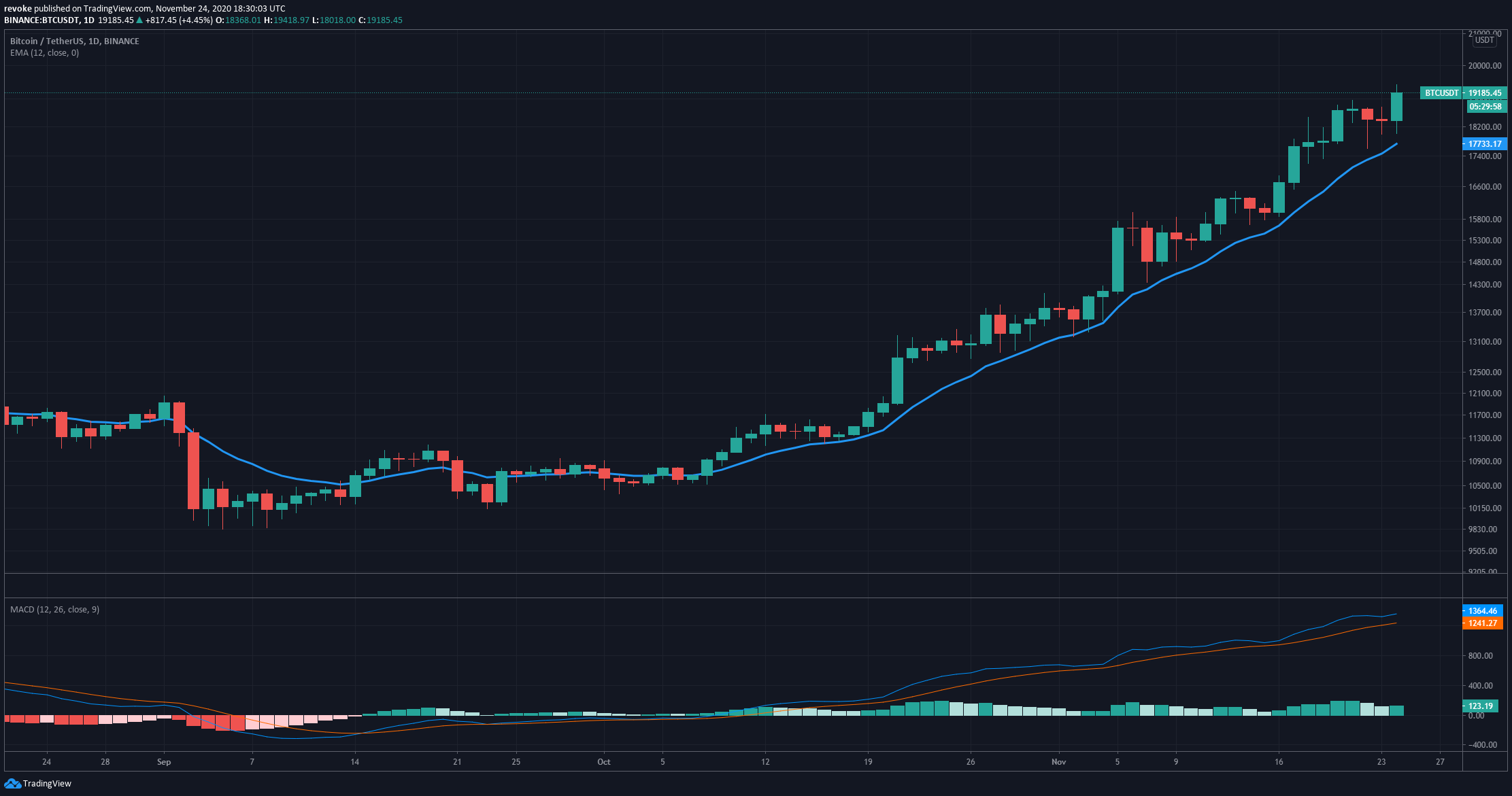 However, a bearish cross of the MACD wouldn’t necessarily be as significant as the loss of the EMA. The loss of both indicators would be far more notable. Additionally, a pullback lower than 10% would also be significant considering the past few retraces.

It’s important to note that a rejection from the all-time high price at $20,000 could have a devastating effect on Bitcoin as many long positions could get liquidated fast if there is a massive trigger of orders.

There is a very interesting trend that was formed on Coinbase on the weekly chart. Every time the trading volume had massive spikes, the price of Bitcoin faced strong reversal price moves. 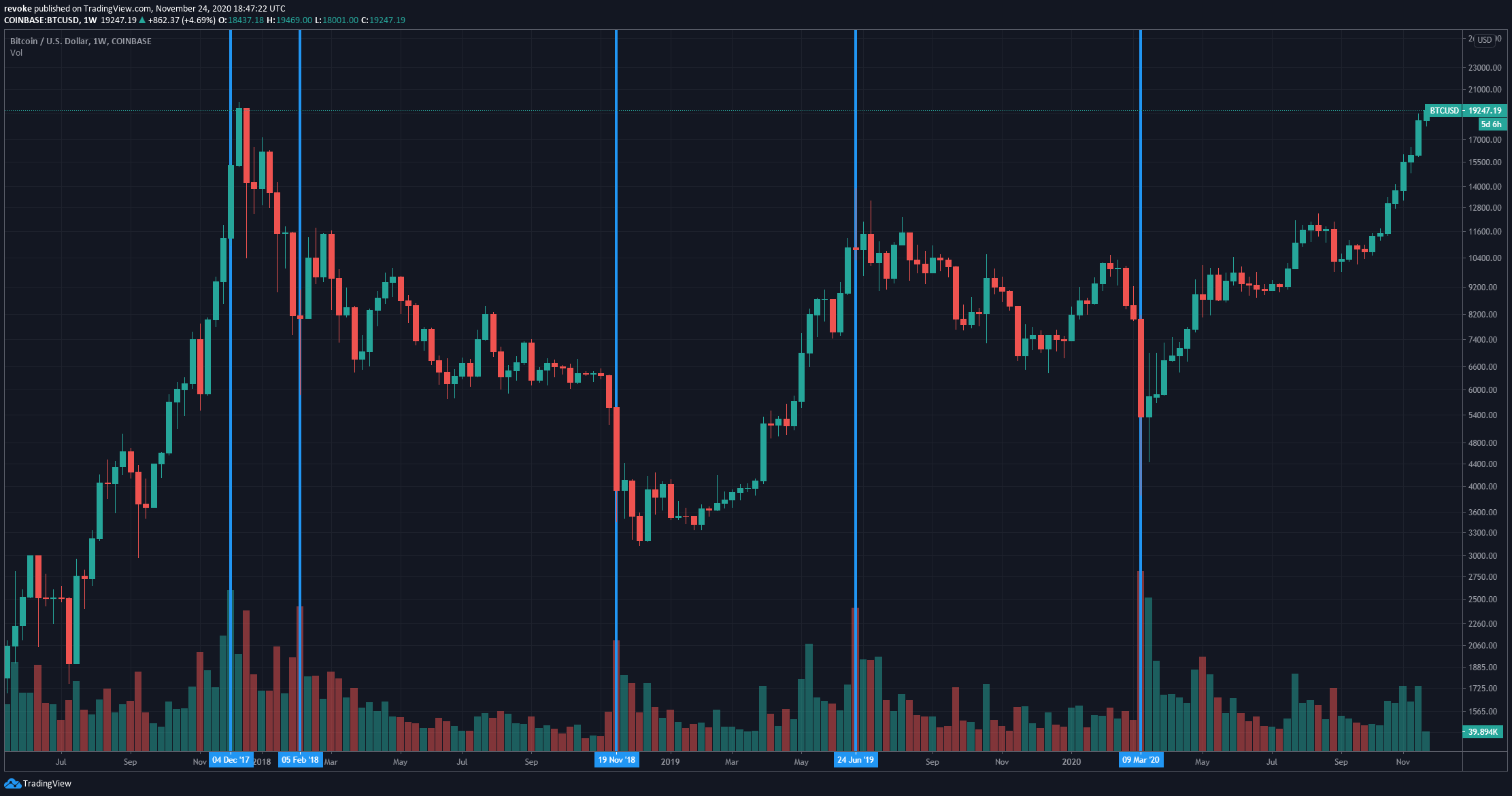 The five vertical blue lines indicate the highest volume spikes from December 2017. It seems that they always represent Bitcoin’s price plummeting. So far, the trading volume of Bitcoin hasn’t increased significantly on Coinbase which means it’s not at risk of topping out just yet.

A significant increase in trading volume on Coinbase could be another major indicator that a pullback is nearby. Of course, the more bearish signs we see, the more significant they can be. It’s always important to note that FOMO and demand can easily trump any bearish indicators or signals, especially if Bitcoin can climb above $20,000 convincingly.

Chainlink is the premier and the most well known decentralized data oracles project, supplying smart contracts (especially those related to…

The Chainlink price reached our correction target of $8.8 again, and could strongly bounce from here. How high can the…