Over the past three days, we saw Bitcoin breaking above the $6,000 milestone, and even succeeding in breaking the next significant resistance at $6400 for a few hours, including toping above $7K on some exchanges.

However, Bitcoin got quickly rejected and retraced back to the $6K range, yes, the same price range from the second half of 2018.

Just as a side note, the $7140 top that was reached on Bitstamp is not a coincidence: Looking at the following daily chart, we can see the Golden Fibonacci retracement level of 61.8% lies around that price area ($7170).

This also becomes the critical level Bitcoin must overcome in order to turn the short-term bearish momentum.

As of writing these lines, Bitcoin is forming a bullish triangle pattern on the hourly chart, which can also be seen on the following 4-hour chart.

Does this mean that Bitcoin will finally break the $6400 resistance on its way to stabilize above $7K? Possibly. But as mentioned here in our previous price analysis, the volatility is at a very high level, and Bitcoin is facing a situation it had never seen in its 11 years of existence, so caution is needed.

Looking at the trading volume data, we can see that the volume is declining since reaching the peak above $7K on Thursday. This probably forecasts the next big price move is coming up in a matter of the next day.

Besides, during these times of the COVID19 virus, we can’t ignore the “external noises,” which is mainly the Wall Street equity markets. After another bloodbath throughout the whole week, it will be interesting to see how the markets will open their new week. And more interesting will be to watch Bitcoin’s reaction accordingly.

– Support/Resistance levels: As mentioned above, the first level of support would be the ascending trend-line (yellow) on the following 4-hour chart, along with the $6K mark.

From above, the first level of resistance is the price zone of $6300 – $6400. As mentioned here before, this is expected to be tough resistance for Bitcoin, and still does.

– The RSI Indicator: The RSI is facing another resistance of the 40 level. This is a decision point for the momentum indicator. A bullish sign might be coming for the slight bullish divergence we see on the 4-hour chart’s RSI. 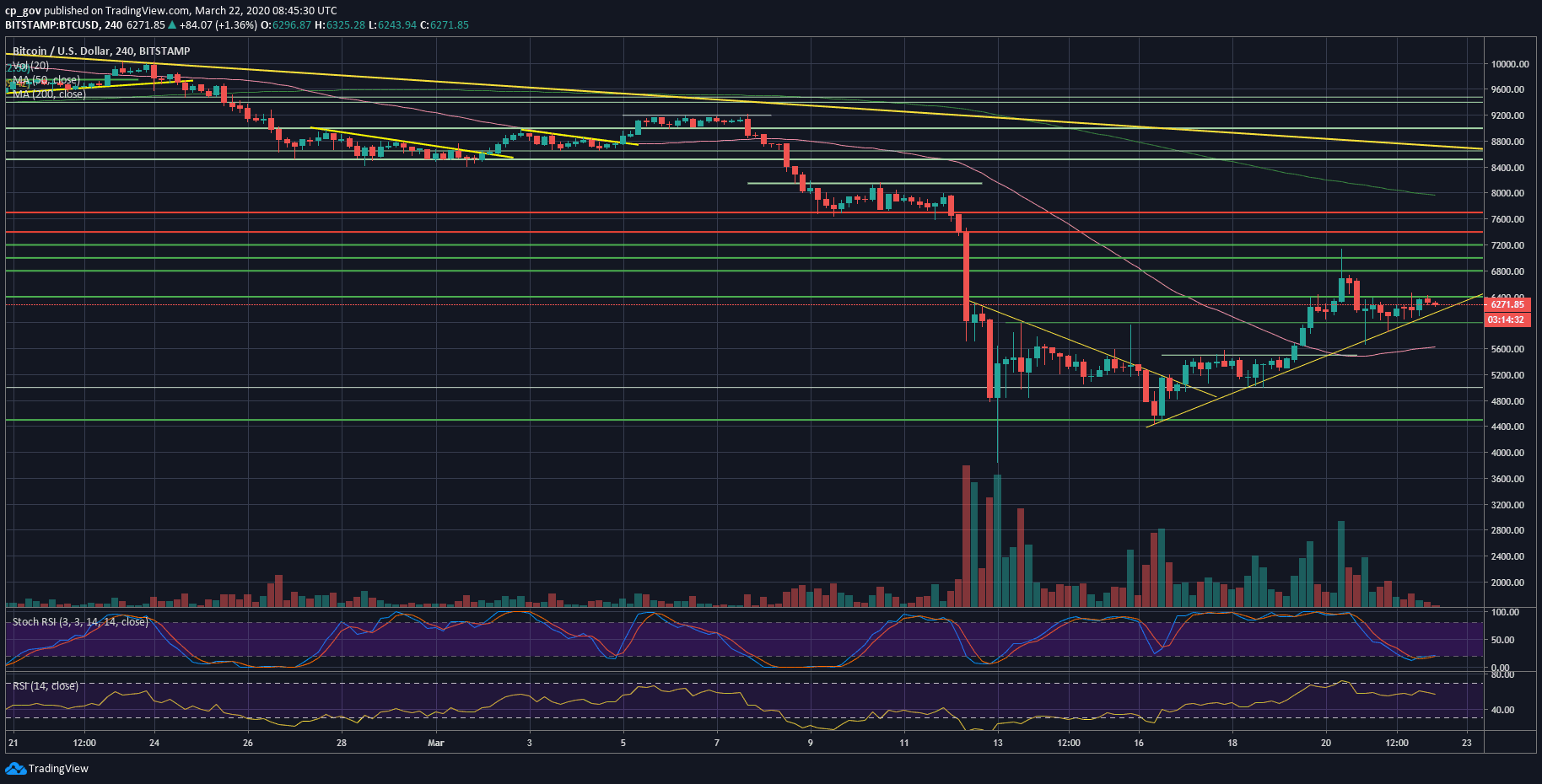 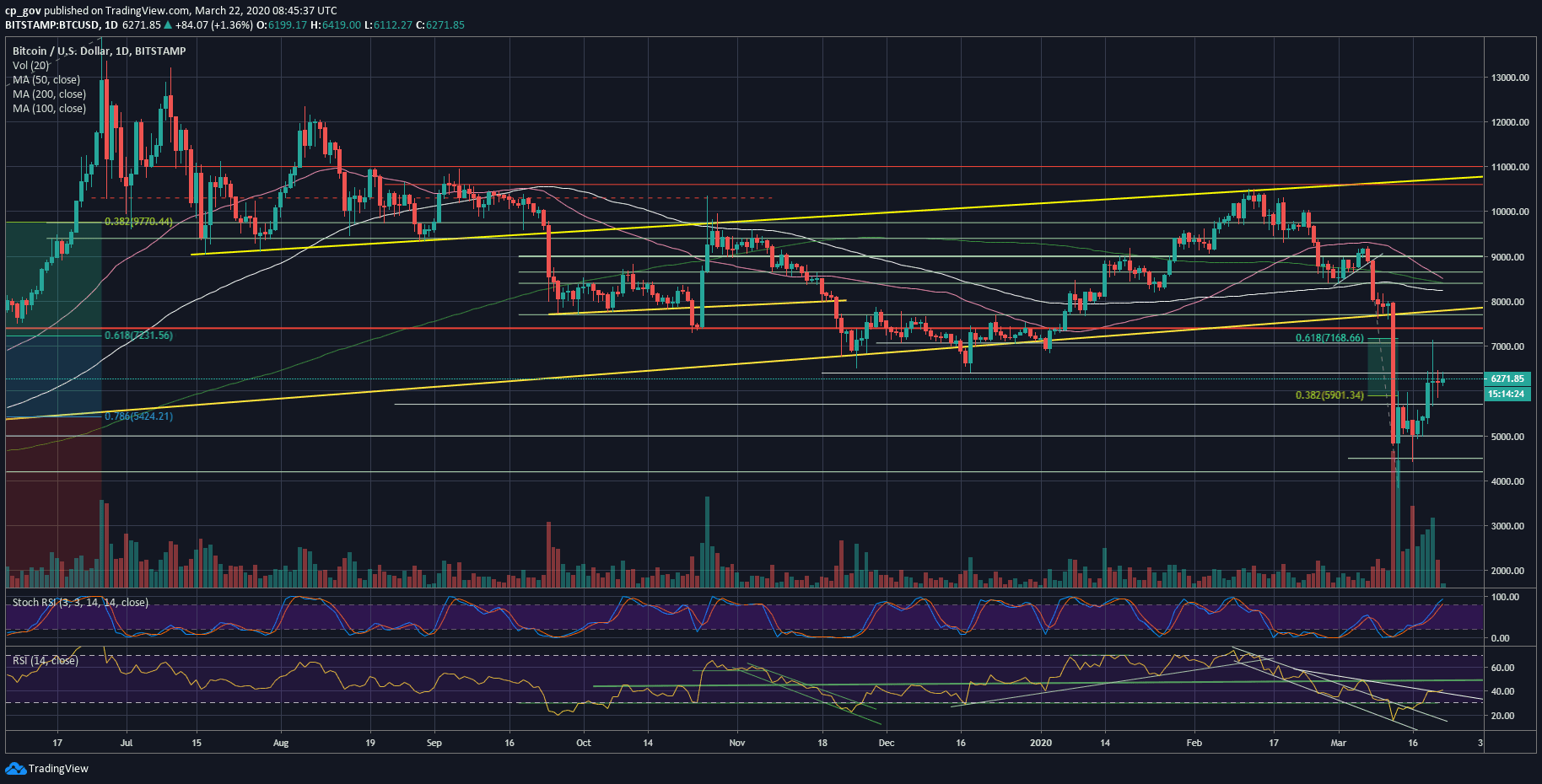 The post Bitcoin Price Analysis: Bitcoin Steady Above $6,000, But Is It The Calm Before The Storm? appeared first on CryptoPotato.

Goldman Sachs To Host A Bitcoin Conference Call: Will Be Led By CIO Who Bashed Crypto In 2018

The large American multinational investment bank Goldman Sachs will host a conference call regarding Bitcoin, gold, and inflation. While precise…

Ontology announced on Apr 25 that it has entered a partnership with Bidaochain. It also said that ONT can be…