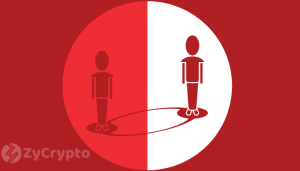 You’ll often hear people saying that they like blockchain but aren’t fond of Bitcoin.  But this doesn’t really make a lot of sense. Comparing Bitcoin and blockchain is a bit like comparing apples to oranges – yes, they’re both terms in the cryptocurrency world, but they’re completely different products.

Bitcoin is a decentralized digital currency, a form of electronic cash, that can be traded online anonymously while blockchain is the ledger that keeps track of who owns digital tokens. A better thing to compare would be Ethereum and Bitcoin, or public blockchain and private blockchain.

The Advantages of Bitcoin

When you make a purchase using Bitcoin, you can do so without revealing your identity. The Bitcoin address that is generated for each user changes after every transaction, so there is no way of tracing who was involved.  Unless a user voluntarily chooses to publish his transactions, no-one will ever know what he has performed.

One thing that many Bitcoin users like is the lack of third-party involvement.  With normal transactions, banks, governments, and other third-parties can freeze accounts and transactions, often without warning and for no good reason.  As Bitcoin is a peer-to-peer currency, there is a greater amount of freedom than there is with non-digital currencies.

Making a foreign purchase or completing a standard wire transfer often leads to at least one recipient paying a pretty hefty fee.  However, because there’s no intermediary involved with Bitcoin, the costs of making a transaction are very small. This is a huge bonus for travelers, as well as those who perform a lot of international business.  In addition, transactions are usually fast, especially when compared to more traditional methods. This crypto tracker provides an up to date currency exchange rate.

The Advantages of Blockchain

The blockchain is an open source technology, which means that developers and users have the opportunity to modify it as they wish.  However, it’s also incredibly difficult to alter logged data without someone noticing. This transparency is what makes blockchain so secure.

Blockchain doesn’t have any interference from third-parties, so peer-to-peer and business-to-business transactions can be completed without the need for a bank.  Because of this, the transaction costs can be kept low.

When you make a payment via a bank or other traditional financial institution, you may receive delayed processing times.  Blockchain, however, is available 24 hours a day, 7 days a week, and transactions are usually processed within seconds, no matter where in the world the sender and recipient are located.

Blockchain doesn’t have a central data hub, so rather than verifying transactions in the same way as banks, individual transactions all have their own validity.  Information about each transaction appears on different servers all over the world, which ensures that if the system is compromised, only a small part of the network would be affected, as opposed to everyone on it.

It is User Controlled

Finally, because blockchain is user controlled, it is the developers and users who can help shape the way it moves forward.  This was most evident when users were unable to agree on a Bitcoin upgrade in 2017, which led to the currency forking to become Bitcoin and Bitcoin Cash.  Having a say in how the technology is run takes the control away from the usual big businesses and puts it in the hands of those who actually use it.

Which Matters More in the Long Run?

While both have their advantages, blockchain comes out on top. Bitcoin is not the only digital currency currently available, and many of the currency’s original users are now switching to arguably better cryptocurrencies like Ethereum and XRP.

Also, as Bitcoin cannot operate without blockchain, the cryptocurrency would not be able to survive without it. Blockchain, on the other hand, is used for a lot more things than purely being a ledger for cryptocurrency transactions. It is open to change and has the backing of a lot of top companies in different industries.  While it’s unlikely we’ll see either Bitcoin or blockchain disappear in the future, it’s clear that blockchain matters the most.

The post Bitcoin or Blockchain: What Matters More in the Long Run appeared first on ZyCrypto.

Top two Most Profitable Altcoins that are Making a Comeback

When it comes down to trading, profit stands as the most valuable thing. Whether it is a short term or…