The past couple of months have been nothing but a wild ride for Bitcoin. In the middle of March, when the coronavirus started to spread in the Western World, and markets reacted swiftly, BTC lost more than 40% and tumbled to $3,600. Now, less than two months later, the price is not only fully recovered but also touched $10,000 for the first time since February.

A lot of experts thought that the recovery from the March lows would be prolonged and slow, but the fact of the matter is that Bitcoin regained its strength in less than two months while legacy markets continue to struggle.

However, the last few weeks have been fairly challenging for altcoins. Bitcoin’s dominance stands at 67.8% representing an increase of more than 2.5% during this week alone. Indeed, most of the alternative cryptocurrencies are bleeding against BTC with some such as Ripple marking multi-year lows.

It’s interesting to note that last time Bitcoin’s price was around $10,000, the total market’s capitalization was around $300 billion and now it’s $271 billion. This further demonstrates the struggles of altcoins.

Meanwhile, the overall industry continues to mature. More institutions are jumping on the bandwagon as Paul Tudor Jones, a well-known hedge fund manager, said that he’s buying Bitcoin as a hedge against hyperinflation.

Moreover, a designated team associated with Cambridge University released the so-called Bitcoin Mining Map. It’s a tool that tracks the distribution of hash rate throughout the world. It’s interesting to see more highly esteemed educational facilities get involved with the industry.

Now, with only four days left to Bitcoin’s halving, it’s very interesting to see where the price will take to next. 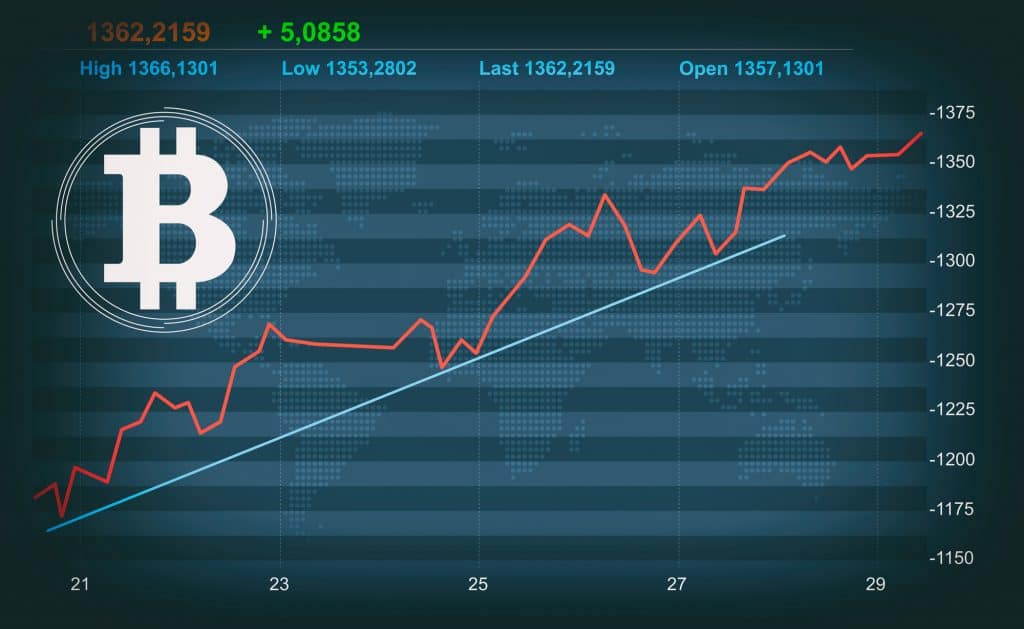 Bitcoin Just Hit $10,000: Those Are The Next Possible Price Targets. Bitcoin has managed to complete a 35% increase in the past ten days alone. The cryptocurrency hit the $10,000 mark but retraced slightly to where it currently trades. This was the first time BTC traded at $10K this year since February.

Adoption: The Reason Why Hedge Fund Manager Paul Tudor Jones Has Started Buying Bitcoin. Well-known US hedge fund manager Paul Tudor Jones said that he is buying Bitcoin as a hedge against the inflation that could be caused by the excessive printing of fiat currency. He also said that his hedge fund could also start allocating money in Bitcoin futures.

Those Who Bought Bitcoin On Coinbase With Their $1200 Stimulus Checks Now See Decent Profits. As a way to battle the challenges induced by the coronavirus crisis, the US Government sent out checks worth $1,200 to citizens who fit the requirements. Interestingly enough, had they invested those checks in Bitcoin, they would have been worth at least $1,600 now.

Altcoins Are Tumbling BTC-Wise As Bitcoin Dominance At Highest Levels Since January 2020. While Bitcoin continues to increase in value, altcoins are tumbling against it. BTC’s dominance is growing steadily as alternative cryptocurrencies fail to claim any new grounds. Some of them are even charting multiyear lows against Bitcoin.

This Is Why Bitcoin Will Plunge After The 2020 Halving According To Peter Schiff. Renowned economist Peter Schiff has said that Bitcoin’s price will plunge after the upcoming halving. He argues that buyers have been front-running the event for months and the demand will fall once it takes place which is ultimately bearish for the price.

Argentina’s Ministry of Production and Labour has committed to match the investment up to $50,000 for every Argentine blockchain project…

Bitcoin The $10,800 resistance was breached easily. We saw a sharp rise in the last few hours which got the…