On Tuesday, two of the major U.S. indices, S&P 500 and the NASDAQ closed yesterday’s trading at record highs. Meanwhile, the Bitcoin price has been surging for the last few weeks. The bullishness in U.S. equities and Bitcoin has prompted investors to believe that there might be a correlation between these two seemingly different asset classes.

But in theory, Bitcoin is supposed to be like Gold, a safe haven commodity that should surge in value when investors are pessimistic about the economy. However, so far in 2019, there is a link between the U.S. economy and the value of cryptocurrencies.

Is There Any Correlation Between Stock Volatility and Bitcoin? 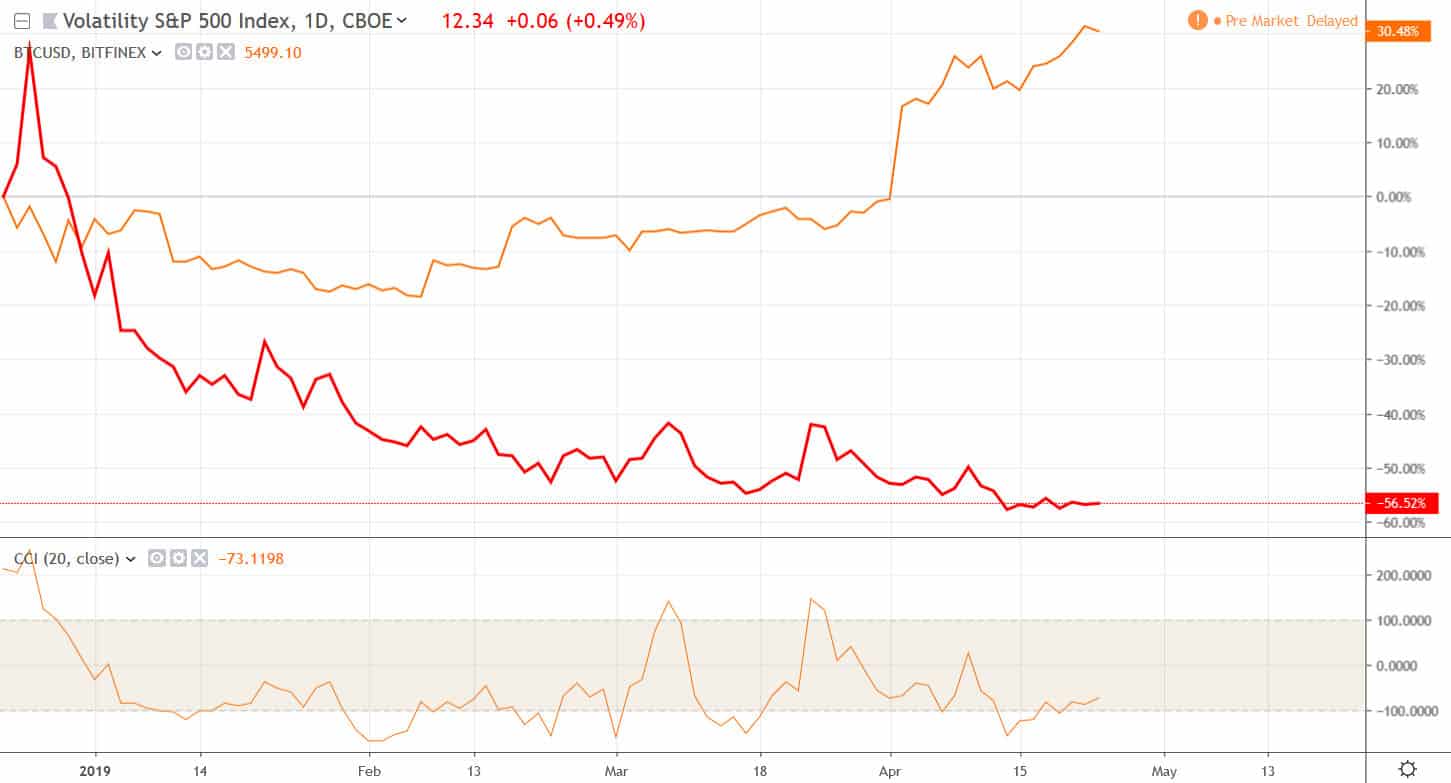 While common sense would dictate that if investors are feeling fear, they would invest in safe-haven assets like Bitcoin, the opposite happened in the first few months of 2019. Since the beginning of 2019, the CBOE VIX and Bitcoin price have seemingly developed a negative correlation.

Putting It All Together with Gold Price 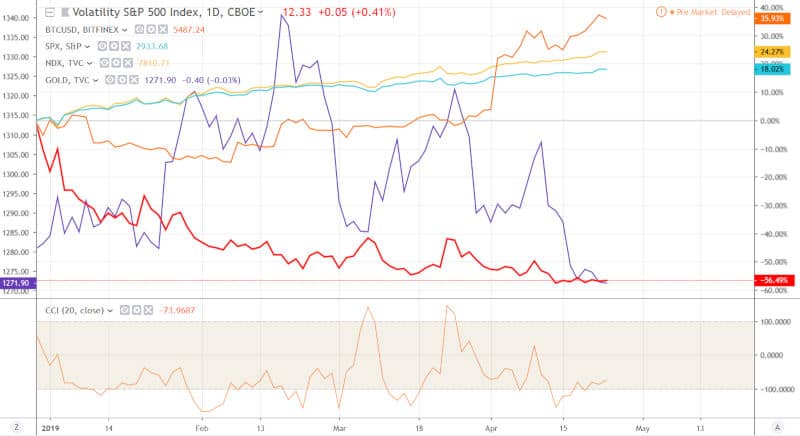 Taking a look at the S&P 500, the NASDAQ 100, VIX, and Bitcoin in the same chart along with the price of Gold against the U.S. Dollar, it is evident that something interesting is happening with cryptocurrencies. Instead of having a positive correlation with the Gold, the Bitcoin price has diverged and joined the group of U.S. equities.

Historically, economists and analysts interpreted the Bitcoin and other cryptocurrencies to be safe haven assets. In fact, just last week, Forbes went on to say that Bitcoin is the new gold. However, our thesis shows a clear negative correlation between Gold and Bitcoin in the first four months of 2019.

If we take the negative correlation between the VIX and Bitcoin, it is even safer to say that investors are no longer considering Bitcoin as an alternative safe haven asset when the “fear gauge” goes up in the U.S. equities markets.

Since the first on May 19, negative news from the Chinese government about Bitcoin has been coming in succession.  In…