Bitcoin SV (BSV), the cryptocurrency which resulted prior to the fork wars within Bitcoin Cash (BSH), mainly spearheaded by Craig Wright, has surged 120 percent on the day. The massive increase followed the news that Wright has got copyright registrations over Bitcoin’s Whitepaper and the original 2009 code.

Craig Wright who has been attempting to convince the entire world that he is, indeed, the real inventor of Bitcoin, Satoshi Nakamoto, has managed to receive copyright registrations which pertain to Bitcoin’s Whitepaper called “Bitcoin: A Peer-to-Peer Electronic Cash System” and the original 2009 code. The registrations can be seen here and here.

This was further reaffirmed by Jerry Brito, an executive director at Coin Center – an advocacy group. He outlined:

Registering a copyright is just filing a form. The Copyright Office does not investigate the validity of the claim; they just register it. Unfortunately, there is no official way to change registration. If there are competing claims, the Office will just register all of them.

BSV Pumps 120 Percent on The News

Whether or not those registrations carry any formal regulatory power doesn’t seem to be the main point of discussion. 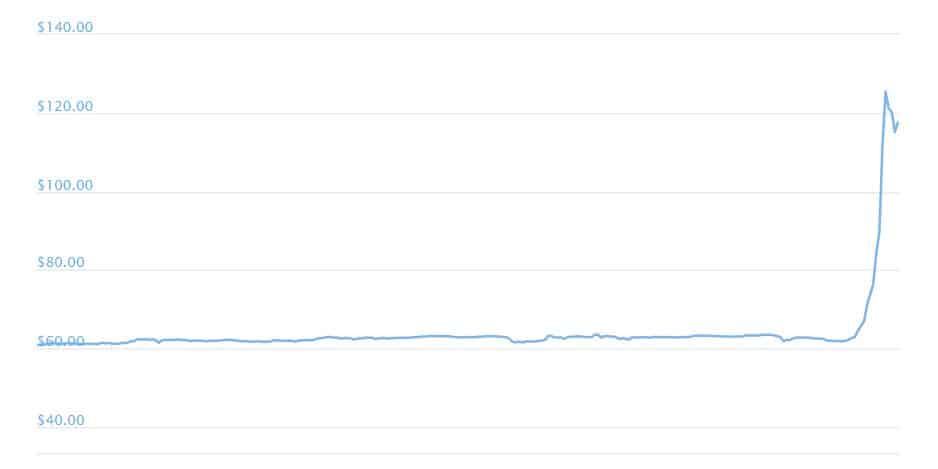 As seen on the chart from Coingecko, the price surged to more than $120 in just about an hour. While it’s expected for it to correct and it might have already started, it’s definitely a noteworthy increase.

The trading volume is also up about 92 percent in the last 24 hours and it is currently sitting on a market cap of over $2.1 billion. The surge has also managed to get BSV to become the 10th largest cryptocurrency by means of market cap.

Bitcoin Is Here To Stay As Majority Thinks Crypto Will Play a Role In The Next Decade, Survey Says