Bitcoin Cash may have seen a sharp price decline of 11% over the past 7 trading days, dragging the current price down to around $392, but the cryptocurrency is still up by 34% over the past 30 days with a further price explosion of 199% over the past 3 months.

Bitcoin Cash has been on a magnificent bullish run which has now allowed it to climb to the 4th place amongst the top cryptocurrencies by market cap value. Its total capitalization is currently $7.04 billion.

The cryptocurrency had managed to surge to a high above $480 during May 2019 but it has since fallen to where it currently trades at around $392.

Looking at the BCH/USD 1-Day Chart: 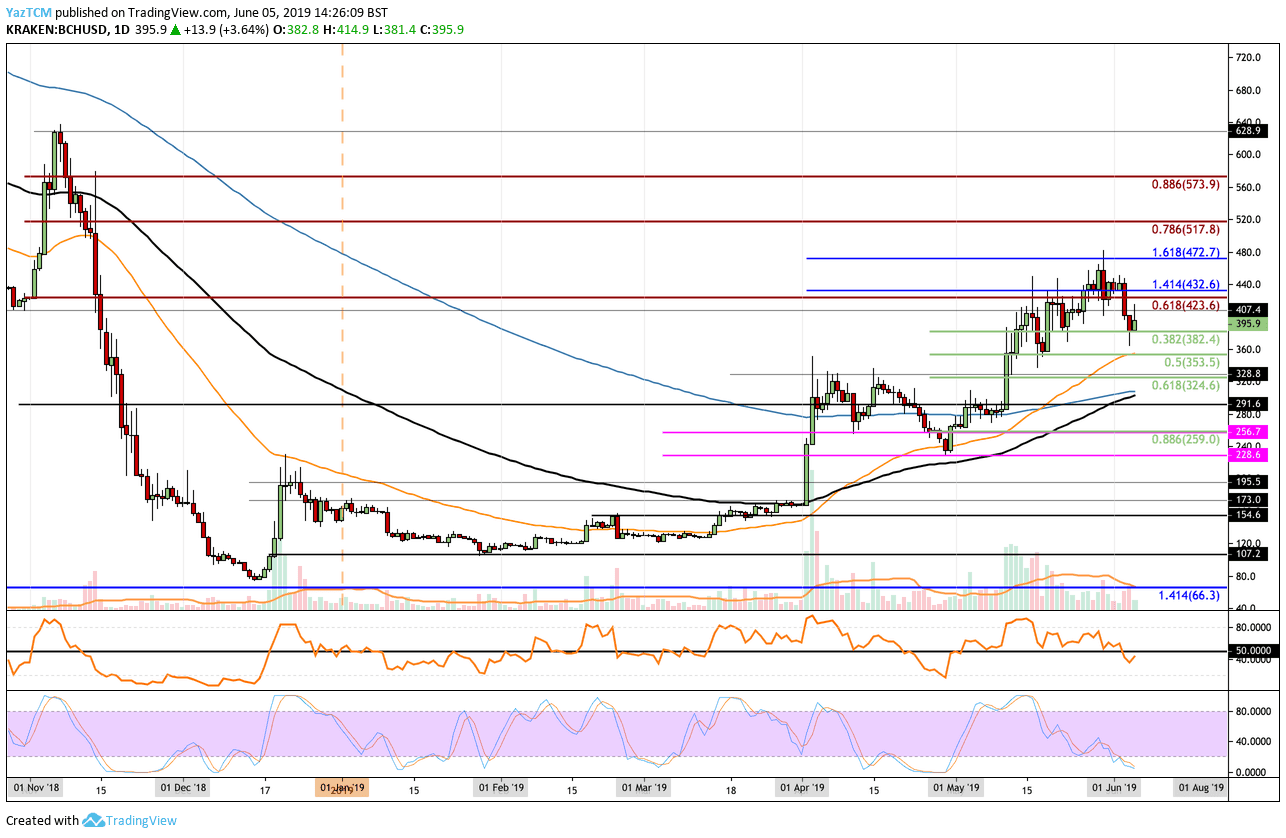 DigiByte caught the public’s attention in April as its price increased by as much as 300% throughout the month. However,…

How did buying BITCOIN compare to buying APPLE, GOOGLE or TESLA in 2020

There are many options to choose from when approaching the investing world. From the old fashioned Equity markets and Real…