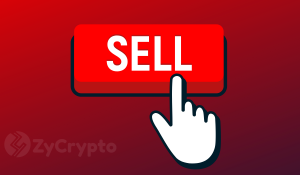 The famous Apple programmer Steve Wozniak has had interest in blockchain and cryptocurrency for a while. Although he’s admitted the markets were in a bubble when Bitcoin was soaring to $20,000, he still thinks the digital asset is a good means to store value and could have a strong future ahead of it.

Wozniak just appeared at the Nordic Business Forum where he sat down for a Q&A with author and former dot com executive, Seth Godin.

He started to experiment with cryptocurrency when one BTC was selling for $700. Wozniak thought the movement decentralization would take off imminently and that mass adoption was right around the corner. He explained his original purchase of Bitcoin as experimental.

“My goal was to travel to a place like Stockholm, and go to restaurants and hotels that only accept bitcoin, and only use bitcoin when I travel,” Wozniak said. But obviously, he was a little too early and decided to sell his BTC.

Wozniak explained that he sold his bag of Bitcoin because he’s not very interested in investing. “I’ve never been into money in any way. I’ve never used Apple’s stock app, I don’t buy and sell stock,” as he put it himself. So when he began to see the wild speculation that was witnessed during crypto’s bull run of 2017, he decided to get out of the game.

“When it shot up high, I said I don’t want to be one of those people who watches and watches it and cares about the number. I don’t want that kind of care in my life. Part of my happiness is not to have worries, so I sold it all and just got rid of it.”

Still, Wozniak sees something special in Bitcoin, cryptocurrency, and blockchain in general. He says he’s admired Bitcoin and its potential since he first heard about it but worldwide adoption may still progress a little bit down the road.

The post Apple Co-founder Steve Wozniak says he Sold all his Bitcoin appeared first on ZyCrypto.

One of the biggest cryptocurrency casinos on the market 1xBit has announced the launch of its first dedicated branded table,…