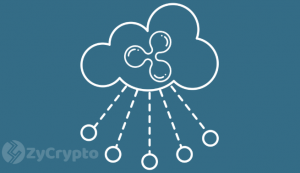 Ripple partner, a Japanese Corporation, SBI Holdings has reached an agreement with two other Russian and Japanese banks. The Russian Direct Investment Fund (RDIF) and the Russian-Japanese Investment Fund to invest in SBS bank a subsidiary of SBI.

This agreement will further widen Ripple’s coverage in Asia and was signed during a meeting between the Russian President Vladimir Putin and the Japanese Prime Minister, Shinzo Abe.

In January 2018, Ripple Inc. entered into a partnership with SBI Group, with the aim of meeting the increasing demand of Ripple’s payment solution in Asia. In June SBI launched its Virtual Currency platform and Ripple XRP was the only currency offered at the launch. They said;

“…we are planning to handle XRP first and then expand it to Bitcoin and Bitcoin Cash (BCH) sequentially.”

The platform was officially launched by the President and CEO of SBI Group, Yoshitaka Kitao immediately after the domain was activated on 1st June. It provides virtual currency exchange and trading service called “VCTRADE.”  The CEO said SBI believes so much in Ripple product, XRP;

“Not only does it have a clear use case, but XRP is also faster, cheaper and more scalable than any other digital asset,” Mr. Kitao said. “I strongly believe it will become the global standard in digital currencies.”

The Russian-Japanese joint venture is aimed to create smart cities, environmentally friendly technologies, the use of advanced technology and industrial development. Focus on expanding the export base of the Russian Far East and any other initiative that will strengthen trade economic relationship between the two countries.

The partnership will be involved in the implementation of major projects totaling over 1.4 trillion rubles across 95 percent of the Region of  Russian Federation. RDIF will initiate and establish a partnership with major international investors from over 15 countries that will amount up to $40 billion.

SBI is on the top in online financial service operating in asset management focusing venture capital and biotechnology investment. It will control a greater percentage of the partnership because it has 100% share capital of CB Yar-Bank LLC which is now SBS Bank LLC.

Ripple will have a major hold in this partnership since its decentralized mechanisms would be needed for an environmentally friendly technology.

The post A Big Deal for Ripple as SBI Joins Russian Banks to Invest in SBS Bank appeared first on ZyCrypto.

Upfiring vs. Tron’s Project Atlas – A comparison of the two incentivized torrenting platforms that reward seeders for contributing to the network