The Bitcoin price is displaying tremendous performance. According to newly released data, 97% of Bitcoin addresses are in profit as the BTC price has touched the $15,000 mark. 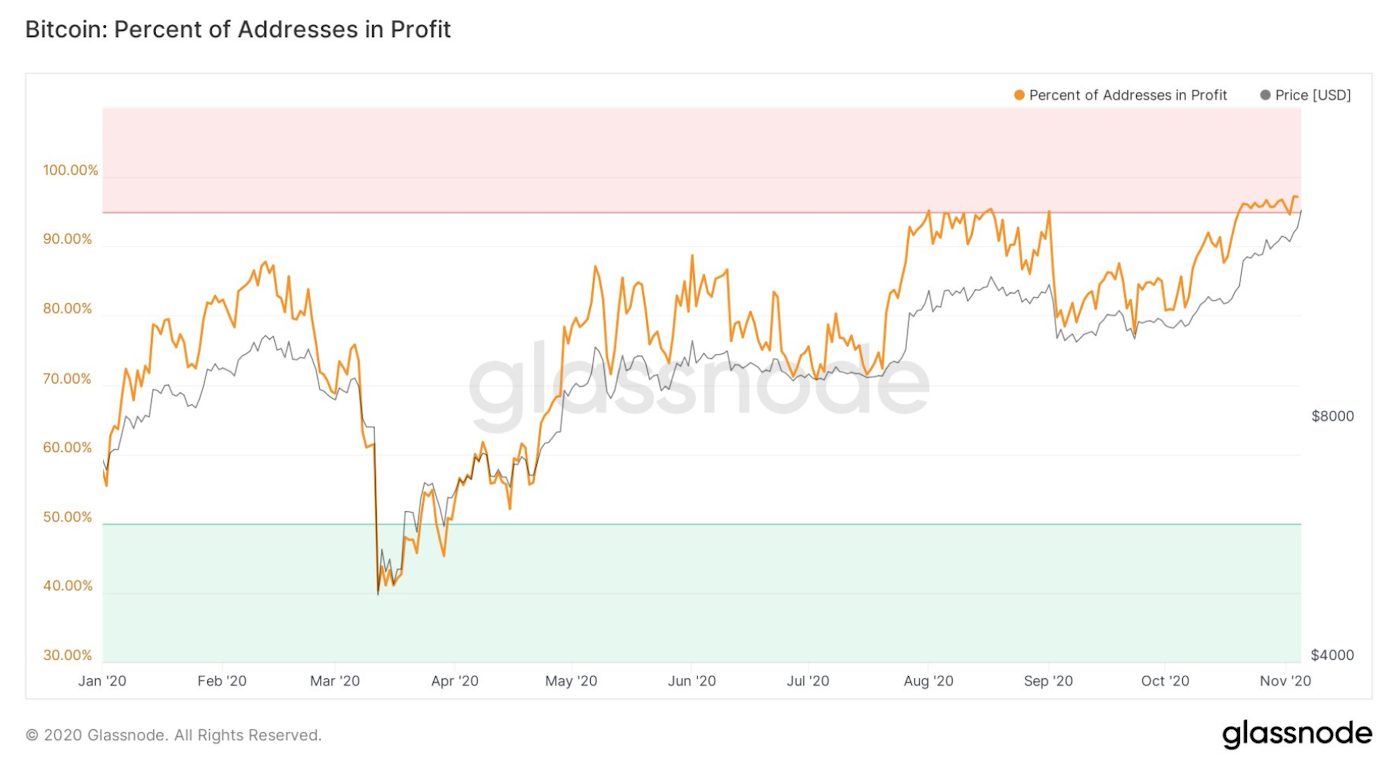 According to the data published by Glassnode, 97% of Bitcoin addresses currently are in profit. This means that the address holders bought their Bitcoin for less than the current Bitcoin market value. Bitcoin has not touched its current price from the past two years and if the BTC price touches its all-time high around $20,000 in the next 60 days then all Bitcoin addresses will be in excellent profit.

The U.S. Justice Department to Auction Off More Than $1 Billion in Bitcoin

Bitcoin’s price has been increasing as governments around the world are using stimulus packages to fight the impacts of COVID-19. This has pushed investors to flee towards safe haven assets such as Bitcoin, in a search to hedge against inflation. Also, a growing number of institutional investors like MicroStrategy have begun to use Bitcoin as a treasury asset, further adding buy pressure on the asset. 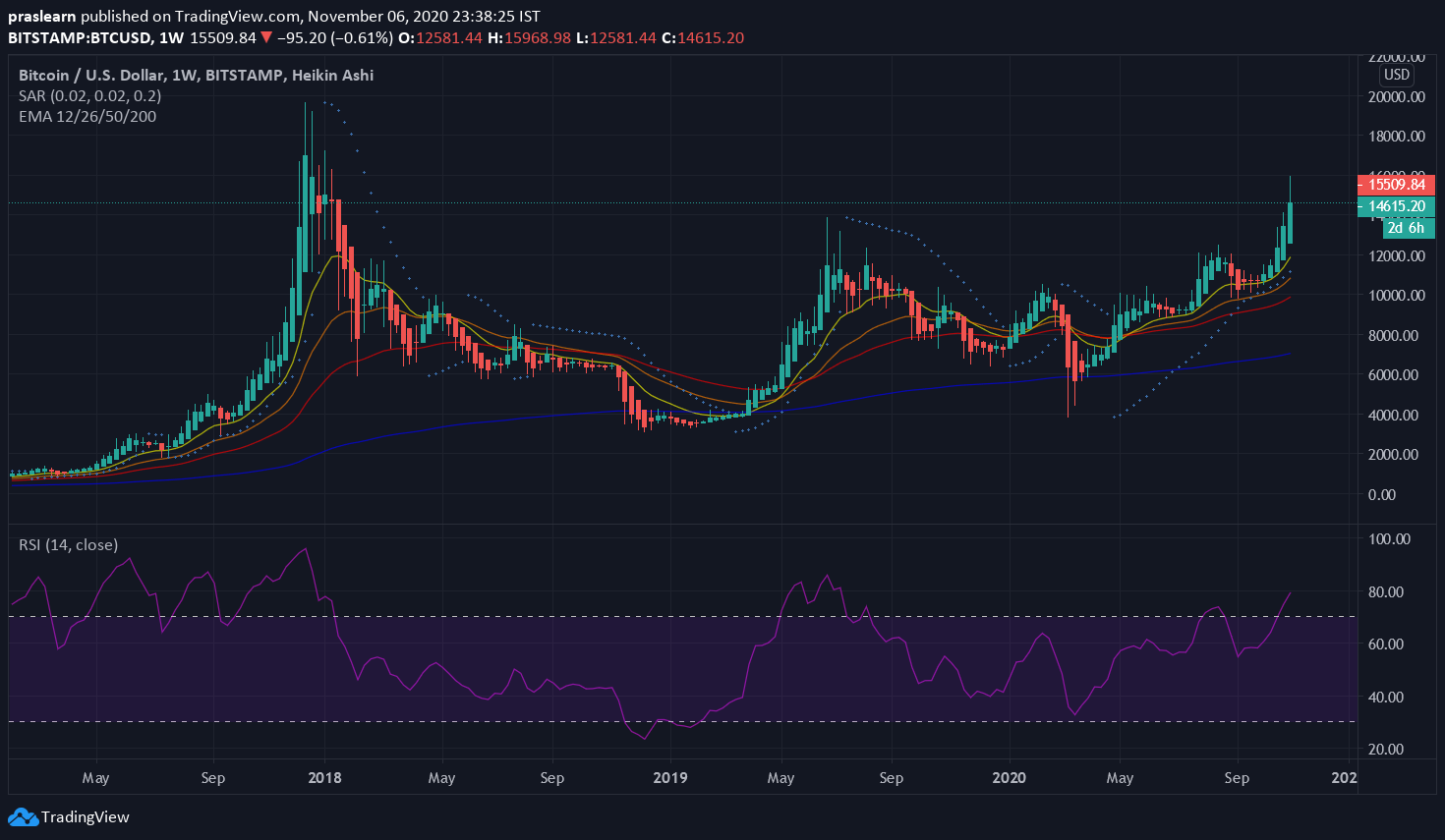 At the time of writing this, the Bitcoin price is trading at $15,523.10 on several major exchanges. The digital asset hasn’t been trading above this level since January 2018 and appears to be facing very little resistance on its way to $20,000, with some financial models predicting Bitcoin will reach $100,000 by 2021.

XRP Price Prediction – Will this Token BOOM Back to 2$?

It is no secret that Ripple company is still battling its lawsuit with the SEC. When good news surfaced about…

Bitcoin has finally cracked $11,000 on basically all exchanges including Binance and Bitfinex. This crucial resistance level has been held…